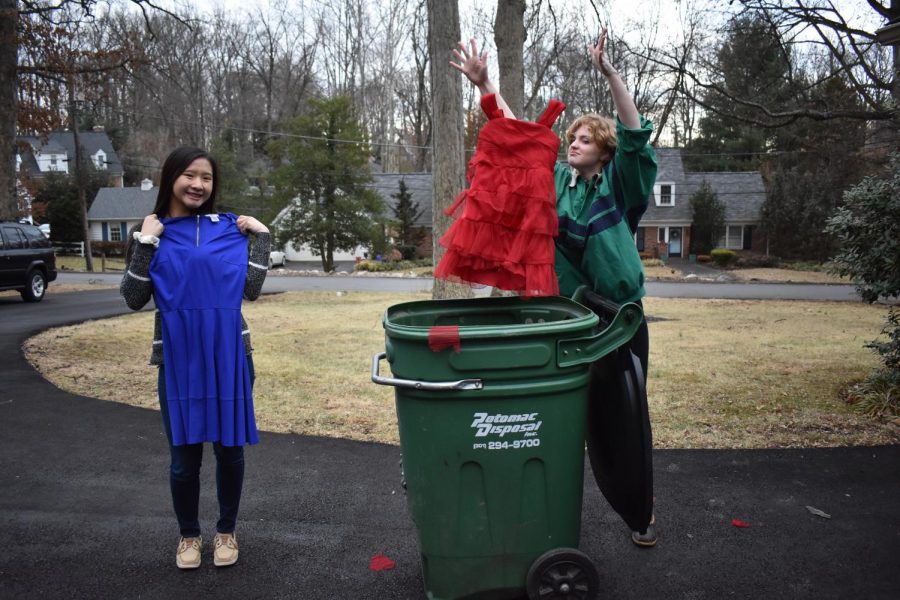 Usually there is a long gap between the homecoming dance and prom, but this year many are looking forward to Feb. 17 for RHSa�� first annual winter Snow Ball, which will unite the school in a fun-filled night of dancing and music.

In years past, the school held two dances; the first is homecoming in the fall for the whole student body, put together by the Student Government Association (SGA), then prom in the spring for seniors and their guests. This year, students in the SGA approached SGA advisor Katie Gross with the idea of organizing a new winter formal for everyone. Because of the high student demand and persistence of the SGA officers, the school will test out a winter formal, Gross said.

Students enjoy the homecoming dance and for the past couple of years, it has increased its attendance rates by about 50 people, Gross said.

At this time in years past, homecoming would be long gone and for those not attending prom which most of the student body doesn’t attend, they would have to wait until the next school year for another dance. Furthermore, the Snow Ball also gives students the opportunity to make new memories and experiences.

Sophomore Mary Pankowski, who was unable to attend homecoming, said she is excited to go to the Snow Ball with her friends to have a good time and take pictures.
Unlike homecoming, the Snow Ball is meant be classier than the fall dance, but not as dressy as prom, with more formal and wintery decorations.

The SGA is also planning to provide donated desserts such as brownies at the dance so that students will not have to go through the hassle of bringing money.
Not only does the Snow Ball generate excitement among students, it will also benefit our members of the RHS family.

All of the profits made from the Snow Ball this year will be donated to the Patty Pollatos Fund, which will directly help Lily Weaver, daughter of physical education teacher Frank Weaver and their family. There have been many events at RHS to raise money for the Weavers and the Snow Ball is another great opportunity for students to show their support in Weaver’s fight against Ewing Sarcoma.

Finally, rather than having to pay for a ticket in cash during school, students also have the opportunity to pay for a cheaper price online eight days in advance.

This new system saves money since the SGA will not have to print as many tickets as Homecoming does and it will be more affordable for students.

With all of these benefits, Snow Ball is sure to become a new RHS tradition and one that students will not want to miss out on.

This year, RHS will be hosting its first Snow Ball Feb. 17 and while many students are excited about a new event taking place at RHS, they should see the event for what is actually is: just another homecoming or prom. With the dance fast approaching, it is time for students to decide whether or not the Snowball is a waste of money or a great investment.

The school already hosts two dances each year. If RHS is trying to find different ways to bring the students together, they should put together a different event that has never been done before.

The Snow Ball is a dressier event than homecoming, student government association (SGA) advisor Katie Gross said. So for students who do not like dressing up, this is clearly not a dance for them. But even for students who do enjoy dressing up, this will be yet another expensive one-nighter. Students are better off saving that money and spending it on something nice that will last longer than just one night.

Some have raised concerns about creating so many different events for seniors, including that it simply may not be worth it to attend another dance.

“I think it’s badly timed due to the fact that prom is fairly soon and people are already saving money for that, plus on top of that we have beach week,” senior Ronald Alfaro said.

Considering school expenses, this dance is going to cost a lot of money. Between paying for building services, security, tickets and a DJ, it will cost about $2000, Gross said.

Additionally, there is the probability that the school will invest more time and money than it gains depending on the amount of pre-sale tickets sold, so the event may actually hurt the school more than help it.

“The biggest thing is if we don’t have enough tickets sold by a certain day then we would have to cancel the dance,” Gross said.

Now, it is true that the money from the dance will be going to Lily Weaver’s family, which is an exceptionally noble and worthy cause. If the SGA is serious about fundraising a lot of money for Lily’s Hope then they should propose a new, exciting event for students, that is not already held twice each school year. Perhaps a movie night that allows students to relax with friends in a less formal and expensive setting.

Students will soon decide whether or not to attend the winter Snow Ball. Regardless of that choice, students should have have fun and in the future hopefully students can look forward to fresh and different events occurring at RHS.