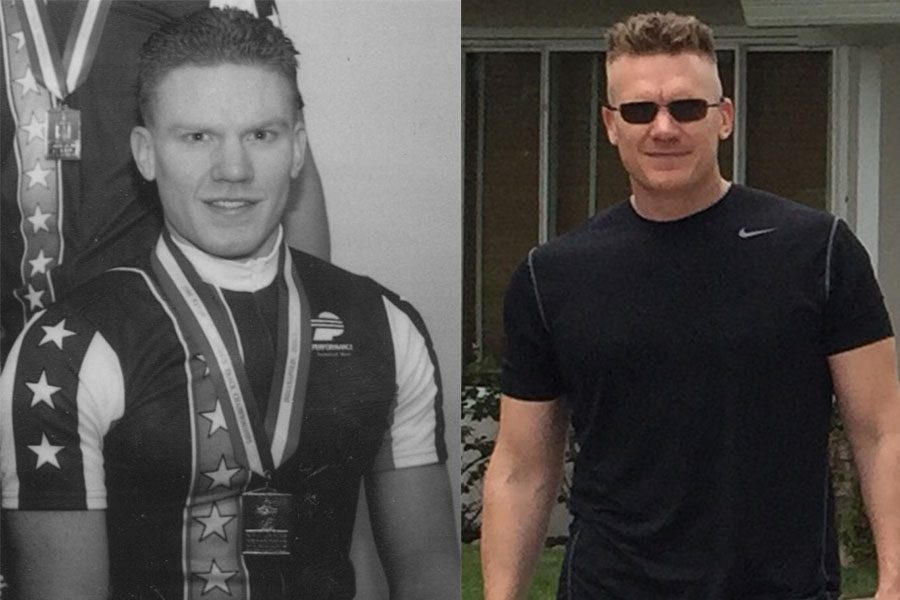 Tim Hancock (“97) was one of the most accomplished RHS athletes, though not as part of any RHS team; Hancock showcased his talent at the national and collegiate level by competing professionally as a high school student.

Adding to his long and impressive resume, Hancock attended the Pan-American Games, competed at world championships in high school and college, went to the Olympic Trials in 1996 and 2000, and raced with cycling athletes Lance Armstrong and Floyd Landis.

“Tim was extremely driven, dedicated, and passionate about his sport of cycling,” classmate Kim Magro (“97) said. “It was this drive to be the best that took him to national and international competitions while still in high school. Truly exceptional.”

Hancock grew up in San Jose, CA where BMX racing and road biking were popular. This is what sparked Hancock’s interest as he initially started out road biking, he said. Hancock moved to Maryland in the fourth grade and further pursued his interests of biking and cycling.

During his training season as a high schooler, Hancock estimates he spent about 18-22 hours a week on a bike, completing training logs, studying upcoming courses and going to the gym.

As Hancock competed with the U.S. National Team, meets and races were all over the country, as well as international, causing Hancock to travel a lot, but also miss many school events and classes.

“I missed homecoming a couple times for racing, and I missed a lot of things, just because I was away a lot with racing,” he said. “I actually remember how as I get older, just going and seeing the same faces every day [at school], it always seemed so exciting…it was just so nice seeing the same people every day.”

Hancock attended Pennsylvania State University with a full ride from the U.S. Olympic Committee Grant, and stopped biking a year after he graduated, as the sport of cycling was coming under intense scrutiny from high-profile doping cases, and he also wanted to explore the world.