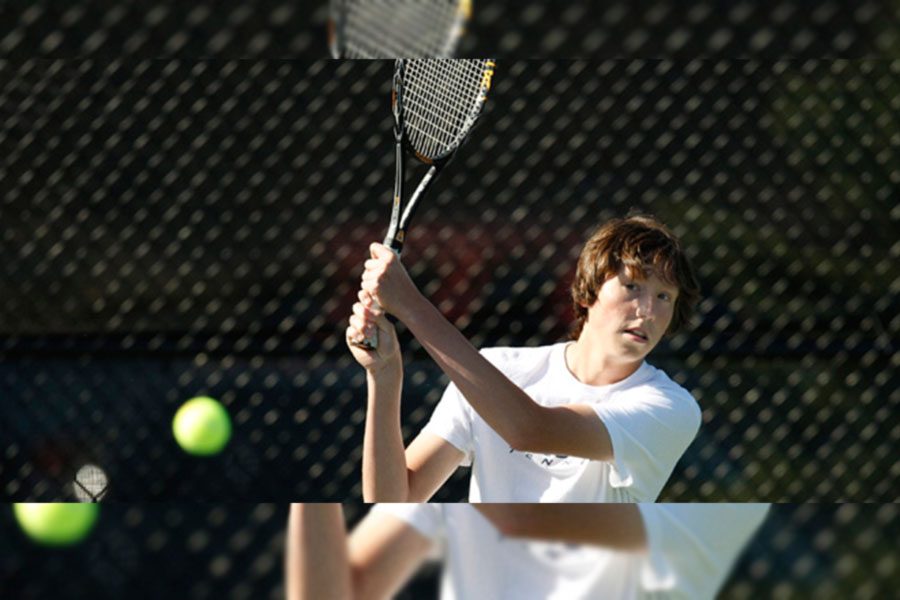 Christopher Goodwin (a��08) a Maryland state tennis champion, shattered records throughout his time at RHS and college at Emory University in Atlanta, Georgia.

Goodwin was ranked the number one player in the Mid-Atlantic Region in the Boys 12s, 14s and 16s divisions during his time at RHS. During his senior year, Goodwin had a perfect 21-0 record, also winning the state tennis championship which got his name and a banner on the walls of the RHS gym.

“I was really happy “cause my sophomore year I got to the finals and lost so I was happy to get back and finally win it,” Goodwin said. “I used to like [playing tennis’ ] just for the competition and it was actually cool to be on teams at Rockville and at Emory. Even though it was an individual sport, I liked the team aspect of it as well.”

After graduating from RHS, Goodwin attended the DIII Emory University and continued his tennis career while earning his Bachelor’s degree in history.

To prepare to play at the college level, Goodwin stayed dedicated to the game, continuing his tradition of practicing five days a week which he started when he was 12. He added that playing against opponents in tournaments in the area growing up also helped prepare him for more serious play.

In his freshman year at Emory, Goodwin was named the 2009 National Rookie of the Year. By the end of his time in college, Goodwin was named Emory’s all-time leader with 100 singles victories with a .806 winning percentage, which is ranked fifth on Emory’s all-time chart. He is one of only two Emory men to win the NCAA Division III Singles, defeating teammate Dillon Pottish. Goodwin also holds the school’s record 95 doubles victories.

After years of competitive tennis, Goodwin returned to MD and currently teaches at Herbert Hoover Middle School in Potomac, Maryland.

“I thought it would be good to be a world studies teacher and just being in the classroom felt right, felt natural and I’ve really been enjoying it since I started,” Goodwin said.