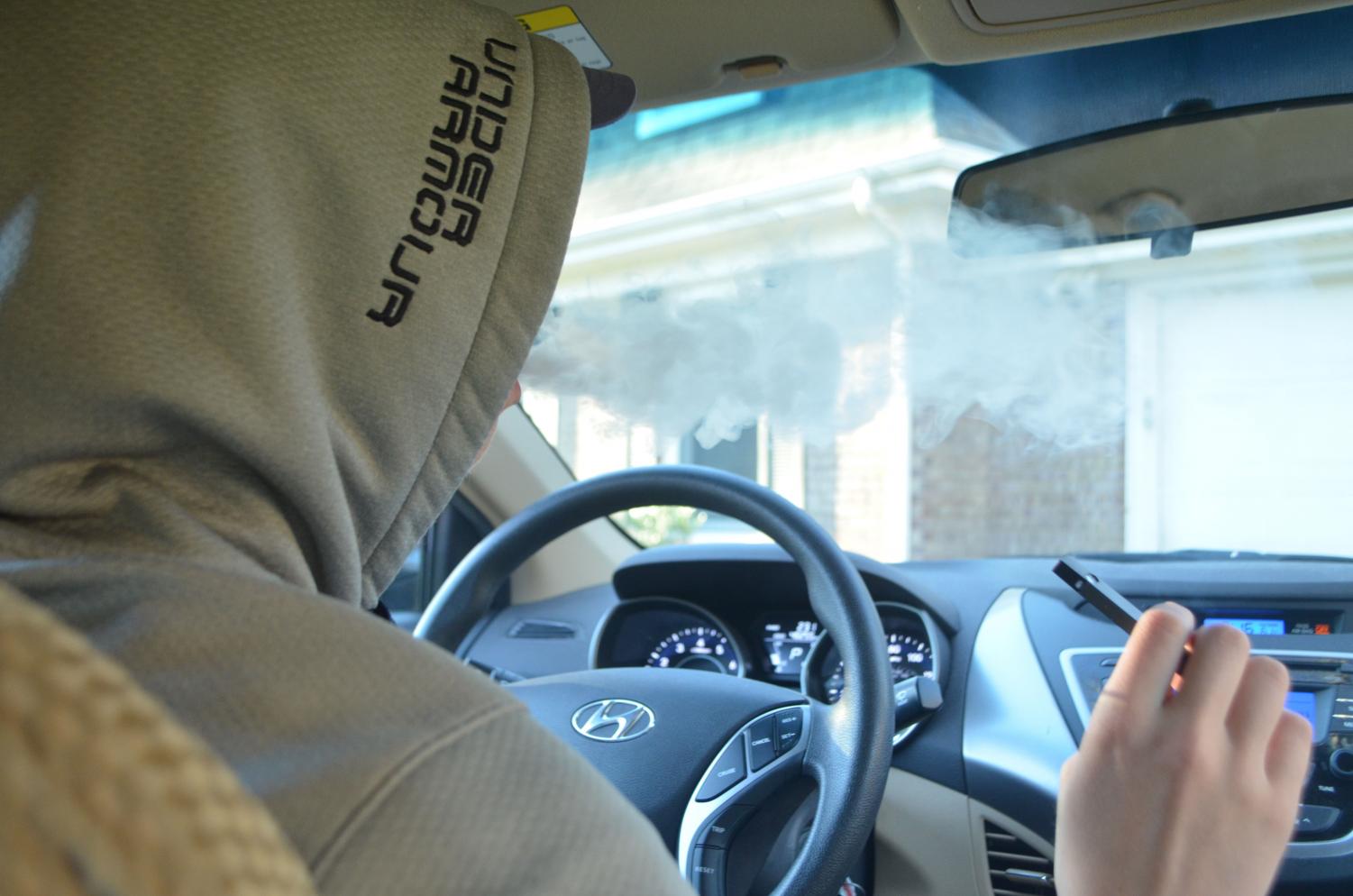 A new trend has swept over students around the country including some at RHS: the recreational use of electronic cigarettes in and out of school, particularly the JUUL brand. In 2016, over two million middle and high schoolers used e-cigarettes, according to a September 2017 FDA study.

JUULs are compact smoking devices that resemble flash drives, making them difficult to identify. The product was designed to help adult smokers curb cigarette addictions by transitioning to electronic products that still contain a similar amount of nicotine, but without many of the other chemicals found in cigarettes, like tar. The product offers a variety of different vapor flavors, and less odor than cigarettes, which has spurred widespread use by teens.

Despite JUUL’s intended use of being a better option for adults with established smoking addictions, teens have begun accessing these devices, even becoming dependent on the nicotine within them. Reasons for this increased use include appealing flavors and the “buzz” one can get from the nicotine.

“[The use of JUULs among teens] undermines the purpose of people trying to quit smoking because it’s not the intended use of the product; JUUL states that it should be used if you’re trying to quit smoking,” senior Thomas Barr said. “Because kids use it without any exposure to cigarettes, they start their own addiction.”

Barr, like many other students, said he occasionally uses JUUL products on the weekends socially with friends. However, the extent to which some students are using JUULs is much greater.

Since JUULing is such a new trend, there is still a gray area regarding disciplinary methods when students get caught with electronic cigarettes at school. As of now, the devices are treated as inhalants, and consequences of having the devices in school range from the teacher’s discretion in the classroom to administrative, depending on the circumstances of the offense, according to the MCPS student code of conduct. When a student is found with a device or vaping, a search is conducted according to the MCPS search policy.

“Typically what we do is we try to do a little investigation…because it’s seen as an illegal device,” assistant principal John Haas said. “Then we would typically have a conversation with students about it, reach out to parents, and we try to get to the bottom of it.”

While JUULing is becoming more prevalent in schools, it has not been a terribly common problem, Haas said. The use of JUULs or other electronic cigarettes is not a weekly offense, but something that happens every once in awhile.

“I will always have a problem with vaping in the sense that it is something out of the ordinary,” Haas said. “As I’m walking down the hallways, I would be extremely surprised if I saw a cloud of vape or a cloud of smoke in the hallways, because I’ve been trained for so long that that just doesn’t happen.”

While electronic cigarettes are legal once a person turns 18, they are still treated as contraband inhalants in schools. The consequences for students over the age of 18 using vaping devices in school are the same as for those under 18. When a student’s device is confiscated, the school contacts the parent or guardian to decide what is done with the device.

Despite this recent increase in the use of JUULs and other e-cigarettes by teens, the product is not marketed or intended for middle or high school students to use.

“JUUL Labs’ mission is to eliminate cigarette smoking by offering existing adult smokers with a better alternative to combustible cigarettes,” a JUUL Labs spokesperson said on behalf of the company. “We strongly condemn the use of our product by minors, and it is in fact illegal to sell our product to minors. No student at Rockville High School a�� or any high school a�� should be in the possession of a JUUL product.”

We strongly condemn the use of our product by minors, and it is in fact illegal to sell our product to minors. No student at Rockville High School a�� or any high school a�� should be in the possession of a JUUL product.

ThoughWhile JUULs and other e-cigarettes are intended to provide a safer option to cigarette addicts, there are still concerns about the health effects, specifically long-term, of these products. However, since the devices are so new, there is limited information on the long-term effects of these devices.

“E-cigarettes are not safe for youth, young adults, pregnant women, or adults who do not currently use tobacco products,” the Center for Disease Control states on their website.

The increase in JUUL usage has not only impacted nicotine use among students but also nicotine education at RHS. Health classes are beginning to make a transition in nicotine education from traditional cigarettes to new wave vaporizers. However, problems arise in giving teens sound information about the dangers of JUULs and other nicotine-based vaporizers because of how new the phenomenon is.

“We have talked less about tobacco and more about vaporizers and the dangers associated with it,” health teacher Katherine Gross said. “Just like anything, it’s important to provide factual information opposed to opinion. Truth be told there is just not enough research about vaporizers.”

As the JUULing trend continues to emerge nationally and locally, it is evident that JUULs and other vaping devices require more research into their effects and continued effort by MCPS in combatting this latest wave of smoking in its various forms while in high school. Concerns about their potential as a gateway to tobacco or other drugs can be raised as students begin using them without exposure to cigarettes, going against their intended use.

“I think with any drugs or anything that goes into a kid’s system,” Haas said, “the concern that most institutions have is what we call the gateway access, is that if kids start with vaping, does that lead to smoking, does it lead to marijuana use, does it lead to other heavy drug use?”