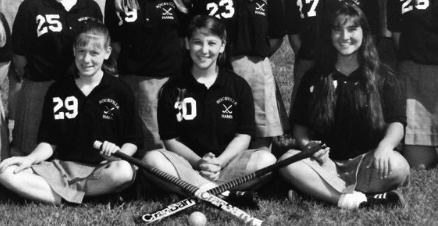 “Lauren had a lot of power and speed packed into her little frame,” former softball teammate Kim Magro (“97) said. “[She] was a leader on and off the field. She was a positive role model and always full of encouragement.”

Essig attended the University of Delaware and played intramural basketball and softball. She studied to become an exercise physiologist, but instead became a PE teacher and boys soccer coach, as well as a mother and wife.

Looking back, Essig recalled some fond memories of playing sports at RHS, such as TPa��ing coaches’ houses, listening to Pearl Jam in the car on the way to basketball practice and playing a softball game on the day of prom with manicured nails.

“That’s what Rockville did for me, really built me up, felt secure [so] I could be successful at what I did,” Essig said. “Those were the best days of my life…I remember it like it was yesterday.”