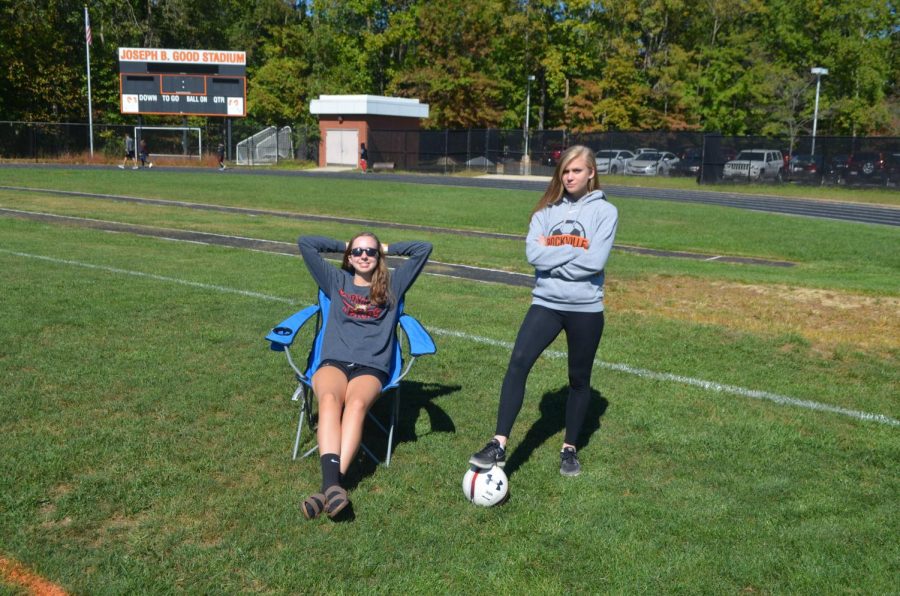 For a fall athlete, summer isn’t summer without timed miles and trips to the weight room.

Preseason workouts are prime opportunities for athletes to bond with teammates and condition themselves for the upcoming season. This year, tryouts for most fall teams began Aug. 9, and players were expected to attend all practices following tryouts as they should be.

During the summer, almost everyone falls out of a typical routine, allowing lazy habits to take over. Waiting until the season has officially started to begin getting in shape is precisely how a team fails.

“You’re never gonna get better unless you practice,” boys lacrosse and football coach Jesse Rutter said. “If you play for three months and then stop for nine months, you’re gonna have to start right back from the beginning at those next three months.”

Summer workouts are not too heavy a burden for most players. Vacations can be scheduled around the mandatory dates and most coaches are understanding when a player absolutely must miss a practice.

Summer training is a critical time for those who are new to the system and have never played on a team before. As a freshman, going to workouts can be the best way to learn about the team’s routine and a coach’s expectations.

“Preseason helped me adjust to high school because it gave me a chance to meet new people that would be in my classes and would end up being my teammates,” freshman field hockey player Victoria Padgett said. “It gave me a chance to learn the basics and condition myself. I think that the expectations were reasonable because it was a version of what we have to do at practice every day in the regular season.”

Some would argue that requiring athletes to spend a month of their summer training is too much to ask. However, the expectation placed on athletes to show up and prove their dedication during August is not too high, and is in many cases the perfect way to separate the ones who truly care from those hoping to beef up their college resumes.

A team could be stacked with the most talented players, but if no one gets along, the team is doomed. With summer training comes team bonding and with team bonding comes a more cohesive group of players.

“Having workouts and practices really help the overall performance of the team in our actual season and I think that they’re really important to go to,” sophomore varsity soccer player Monica Blassou said. “When lots of girls show up to workouts, we have a better connection off the field which only helps us on it.”

Summer training is just as crucial as any other off season during the school year. Preparing to be a strong player and team for the upcoming season is what August is for.