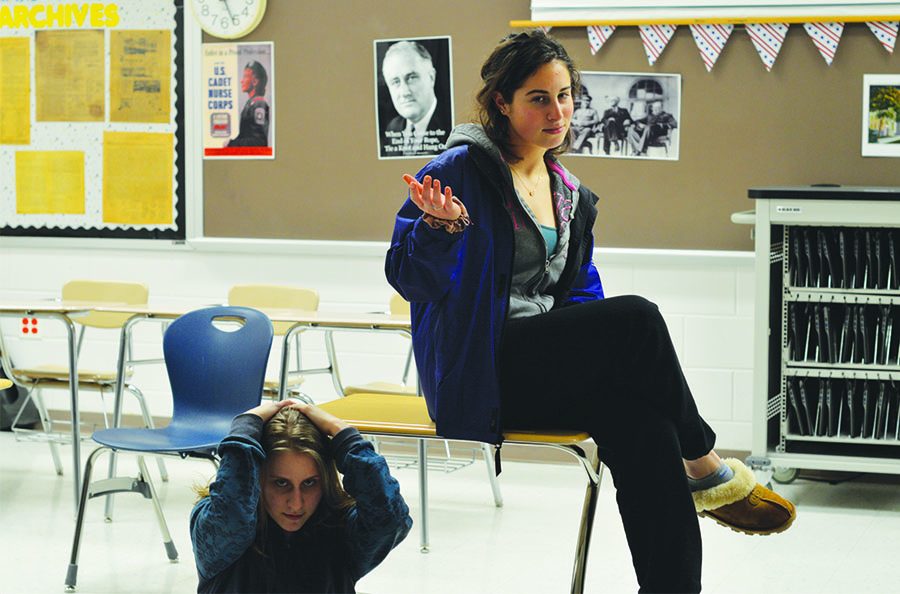 Last summer, MCPS announced plans to provide updated education on how to respond to school shootings after partnering with the Montgomery County Police Department (MCPD) due to increased attention towards school shootings, such as the recent shooting at Great Mills High School in Maryland.

The usefulness of incorporating live school shooting drills is a controversial topic among students, teachers and parents. Although some parents and school staff argue against having live drills because they are traumatic and unhelpful, students need to be fully prepared in the event that a shooting does ever occur.

There were 94 shootings in K-12 schools nationwide in 2018, which was the worst year on record for people killed in school shootings.  The state of Maryland has 180 school days. That means that on average, there is a school shooting almost every other school day.

Lockdown drills became widely used after the 1999 Columbine shooting in Colorado. Their purpose was to remove students and teachers from the threat of the shooter and for the past 15 years the drill has been considered a sound policy. In the National Center for Education Statistics 2015-16 School Survey on Crime and Safety (SSOCS) it was found that lockdown drills were performed in 94.6 percent of schools in the United States. Students are already aware that school shootings are prevalent and a problem, but active shooting drills could be much more helpful than lockdown drills if they are put into place.  New active shooting drills allow students more freedom in how they are taught to respond to an active shooter situations. Students and staff now have the option to run away from danger if they think it is a better opinion than staying inside the school, as was normal in the past.

Although these lockdown drills are a good start, the number of students killed and injured in the last decade proves that they are not as effective as needed. Until a solution for gun control can be found, a temporary solution is a drill that prepares students for the actual situation, like active shooting drills.

These drills are especially relevant in high schools, where school shootings happen at a higher rate than middle and elementary schools. Skills learned in these drills, such as getting out of the school, barricading a room they are in or possibly fighting back against the shooter, will also help students in these stressful, life-threatening situations.

The arguments made against these drills by criminologist James Alan Fox in a Medium.com article is that they often can cause stress, anxiety, and emotional trauma for students involved in them. Even though these drills may cause emotional trauma, it is still important that students are prepared for the situation if it does arise. Schools may need to offer counseling to students who are especially upset by these drills which would help these students deal with the any trauma experienced.

Sadly, school shootings are the new normal for many high school students across the country and will continue to plague schools until action is taken to prevent them. In the meantime, students must be prepared to survive these shooting to the best of their ability.

In response to various mass shootings at schools around the country, Maryland passed the Safe to Learn Act in 2018, which encourages implementation or revising of active assailant drills to ensure for student safety. In response, MCPS introduced the Lockdown with Options drill, allowing students to exit a building or fight back against an assailant, should they feel it is their best choice.

Training for the active assailant drill began in the summer with school principals and then in the first semester with staff. Students were then shown class presentations discussing the lockdown with options drill and engaging situational awareness. All schools will conduct a drill in the spring with students warned beforehand.

While the intent behind the drill requirement is a good precaution, MCPS should not conduct an active shooter drill due to the harmful psychological impact it may inflict on students.

School shootings have risen dramatically in recent years, with 2018 having a record 94 school shootings and over 100 people and students killed, according to the US Center for Homeland Defense and Security and the Federal Emergency Management Agency. As a result of the continued rise of these tragedies, movements such as March for Our Lives have brought the issue to the media and political debates.

While the issue is now much more prevalent and public, it is important to not become hysterical and impose unnecessary harm in children who have not yet experienced a shooting. One of the main reasons active assailant drills are so harmful is that they may impose psychological trauma in children, with young children being especially impressionable.

“The amygdala is the part of the brain that is responsible for detecting a threat and sending a distress signal to the rest of the body. It cannot distinguish between a real or perceived threat. During active assailant drills, even if someone is aware it is practice, if a child (or adult) is startled…that will trigger the fight, flight, or freeze response,” said Dr. Heidi L. Pottinger, director of clinical investigations in the department of health promotion sciences at the University of Arizona.

Though Pottinger talks about symptoms pertaining to younger children, the risks are similar for older teens, especially those with anxiety..

“If you have someone who has an anxiety around these things, to trigger them unnecessarily could cause real harm,” Katherine Cowan, communications director for National Association of School Psychologists, said in a Sept. 12 Medium article.

Furthermore, active shooter drills are not necessarily effective as there is discrepancy between simulation and reality.  Under intense adrenaline-inducing situations, people rarely act as they’ve been trained to. Instinct and fight or flight impulse take over, completely negating any previous drills.

Finally, recently there are examples of these drills being used by assailants to cause maximum damage.  Nikolas Cruz, the Marjory Stoneman Douglas High School shooter, was allegedly well-versed in the school’s lockdown procedure to prevent against unwanted intruders, and therefore pulled the fire alarm at the end of the school day to catch students when they were most vulnerable, according to a Feb. 16 USA Today article.

However, the rapidity of most school shootings necessitates preparation for quick responses to such horrific events. While emergency preparedness is needed, schools should instead allocate resources to ensure all students are being taken care of by making mental health a top priority. Instead of implementing harmful active shooter drills, schools should be focusing on improving student health rather than tampering with it.