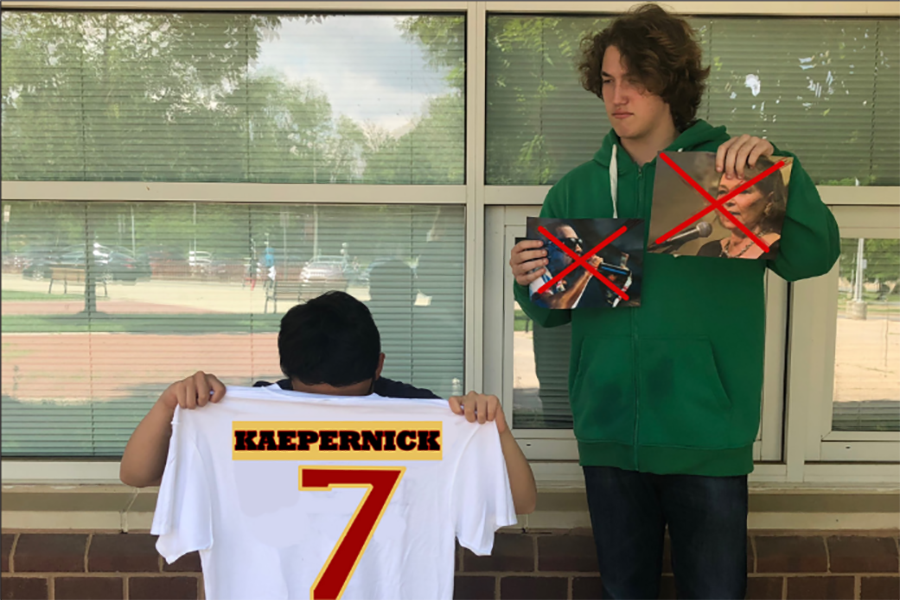 Pro/Con: Should Celebrities’ Opinions Matter on the Country’s Most Pressing Issues?

Celebrities and politics are arguably among the most followed people and topics in American society. While often controversial when the two mix, celebrities’ opinions on politics should be taken seriously because the majority of them put their powerful influence to good use.

Hollywood actor and humanitarian George Clooney is a perfect example of what can happen when a celebrity puts their political speaking power to good use. In 2008, Clooney and his “Ocean’s Eleven” co-stars founded Not On Our Watch, an international humanitarian aid organization dedicated to “putting an end to mass atrocities around the world” by focusing global attention and resources toward helping victims of those atrocities. The organization recently gained fame with their efforts to halt the destructive genocide in the Darfur region of Sudan. Through Clooney and the organization’s efforts, millions of dollars worth of humanitarian aid have been delivered to those affected by the genocide and public awareness about the crisis in Sudan has increased greatly.

Microsoft founder Bill Gates and wife Melinda are another example of how celebrities can use their political influence in a positive way. Launched in 2000, the Bill and Melinda Gates Foundation is the largest private foundation in the United States, according to the National Center for Charitable Statistics. The Gates Foundation aims to address humanitarian issues such as ending poverty and providing healthcare in areas where it is needed most. In 2015 alone, the Gates Foundation poured $5.1 billion into charitable causes that included infectious disease control, reproductive healthcare and agricultural research.

Despite the tremendous work that is being done by celebrities such as Clooney and the Gates family, the general public still leans towards the opinion that celebrities should not bring their opinions to politics. This is supported by a 2013 study by Harris Interactive, which found that 55 percent of the general public believed that celebrities have a negative impact on the issue that they promote. This, however, is likely the result of the large media focus on big-name celebrities like Kanye West and Roseanne Barr who have promoted a negative view of what celebrities do when they share their opinions on politics.

Celebrities like West and Barr sometimes cause more harm than good, but that should not distract from the many celebrities like Clooney and Gates who put their powerful political platform to good use by improving lives around the world. A handful of controversial tweets should not outweigh the billions of dollars that others pour into noble causes.

There is a lot to be said about certain celebrities who dominate the headlines with their outrageous and harmful words and actions; it is imperative that Americans block out that noise and pay attention to the good work being done by celebrities who care more about others than themselves.

There was an increased celebrity presence on Twitter leading up to the presidential election in 2016. Celebrities have an undeniably important impact on public opinion and people’s choices; however, most of the time, celebrities should not be listened to when it comes to politics.

Celebrities often surround themselves with like-minded people and are in many ways out of touch with the average American. The vast majority of celebrities who are vocal about their political views live in Hollywood or New York City, two of the most liberal, progressive locations in the nation. As Trump’s electoral win revealed in 2016, the majority of Americans do not live in these urban areas and do not have the amount of wealth that many do in big cities on the coasts.

What makes a celebrity’s opinion so powerful and potentially dangerous is the influence they hold over public opinion. Celebrities, like every person, have opinions and biased views on various topics. What makes celebrities uniquely dangerous is that while most people can sound off in a letter to the editor or on social media with limited followers, celebrities have a huge platform with millions of followers who often look up to them. They can push an agenda and ignore other sides of an issue.

There have been many times when celebrities–both Republican and Democrat–were uninformed about a subject, but their status provided them a platform to communicate their opinions. Roseanne Barr’s recent racist tweet toward Valerie Jarrett, a senior adviser to then President Barack Obama, spotlighted how a celebrity will always hold an audience, no matter how offensive they are. After deleting the inflammatory tweet, Barr proceeded to blame her remarks on Ambien, a medication used for insomnia. She is one example of a celebrity whose political opinions should never be listened to and should be completely disregarded.

Kathy Griffin’s May 2017 tweet showing a severed head resembling President Trump further reinforces how dangerous celebrities can be when they try to inject their personal beliefs into the public political debate. The fact that Griffin would use her platform and her status as a well-known comedian and host of a News Year’s Eve show in order to threaten violence toward the president shows that she should not be looked up to, just because she is a celebrity.

There are some benefits to celebrities being influential politically. As unprofessional as some celebrities are when speaking about politics, they still have the potential to bring important issues to light. When the #METOO movement gained traction, dozens of celebrities and popular figures spread the message, creating awareness for an important issue in a responsible, civilized way.

Celebrities need to recognize the power they have over public opinion. This is a responsibility that should be taken seriously and that comes with their job whether they like it or not. When they ignore the weight of this responsibility, America has to discuss and debate people like Barr and Griffith rather than using that time to focus on more pressing issues.

The next time a celebrity’s tweet scrolls into your feed, ignore it and acknowledge it for what it actually is: the biased opinion of just another flawed human being.