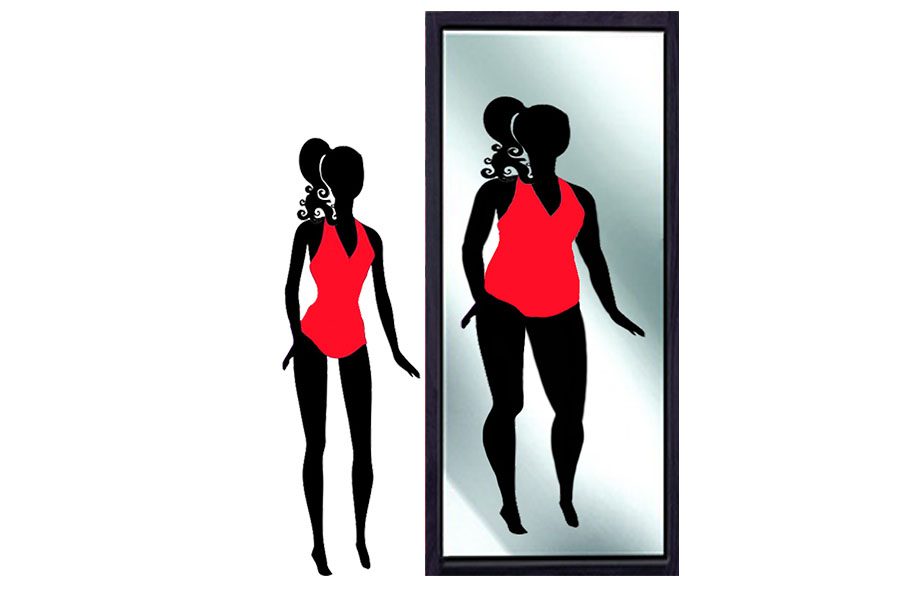 “It stresses you out and it causes anxiety. Food is one of your worst enemies,” freshman Olivia Turner said.

Turner was one of the 10 percent of adolescents with an eating disorder who received treatment according to an article on mirror-mirror.org. At the height of her eating disorder, she weighed 95 pounds at a height of 5 feet 5 inches. Her mother grew concerned and began taking her to a therapist and physician twice a week who diagnosed her with anorexia and depression.

“A lot of times eating disorders aren’t just about how you look,” counselor Wendy Kiang-Spray said. “A lot of times they do go hand-in-hand with other issues like depression or anxiety.”

With at least 30 million people suffering from a variety of eating disorders, at least one person dies every 62 minutes due to an eating disorder according to The National Association of Anorexia Nervosa and Associated Disorders (ANAD). Anorexia nervosa has the highest mortality rate of any mental disorder, with 0.6 percent of the U.S. adult population having suffered from it at one point in their life, according to the Eating Disorders Coalition (EDC).

Turner struggled profoundly when her doctors and mother began forcing her to eat and she began gaining weight again.

“I was scared and angry. I didn’t want help,” Turner said. “[But] I think getting help was probably the best thing because before I was not happy and now I’m able to enjoy school and my friends.”

Turner is not alone, as an estimated 20 million women and 10 million men in America will suffer from an eating disorder at some time in their lives, according to the National Eating Disorders Association. Less than 50 percent of those who survive an eating disorder make a full recovery. Thirty percent experience improvement, but 20 percent continue to suffer from chronic illnesses as a result of their eating disorder.

As an eighth grader at Earle B. Wood MS, Turner received in-school accommodations and was able to leave her classes for short periods of time when she was experiencing issues with anxiety. She has not needed accommodations at RHS, but says she does not believe many other RHS students who do need accommodations are aware of what options are available to them.

“I don’t think many students know how to get help because it’s not really advertised in school and it’s not like teachers really offer help when they think someone might need it,” Turner said. “There is such a stigma around mental health issues, so many students are afraid to ask for help.”

If a person suspects their friend or loved one may be suffering from an eating disorder, counselor Andrew Lambert said that the best thing to do is get help.

“The friend who is concerned will need to let the parents of the friend with the eating disorder know about their concern,” Lambert said.