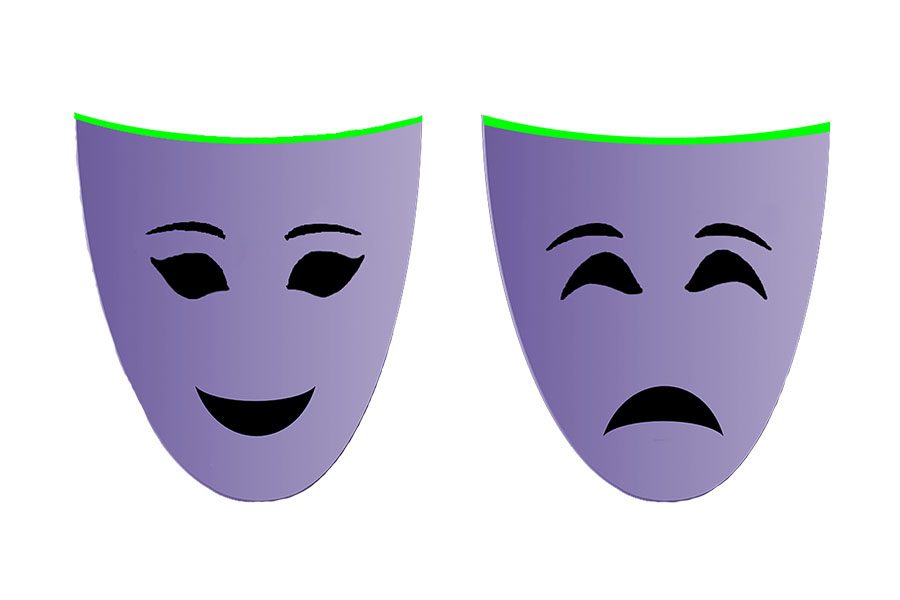 “When I was in middle school I had a lot of issues I didn’t know how to handle … and it sort of turned into me inflicting it on myself, so I was hospitalized for a little while, and then I found out that I had depression and anxiety,” sophomore Vitoria Tulloch said.

Mood disorders are a broad range of psychological disorders which impact a person’s mood over long periods of time, with two of the most common being major depressive disorder and bipolar disorder. About 12.8 percent of American adolescents have had at least one major depressive episode according to the National Institute of Mental Health (NIMH). In a survey of 10,000 teens conducted by the NIMH, 2.5 percent were found to have qualified as bipolar at a point in their life.

Tulloch has been diagnosed with depression, bipolar disorder, post-traumatic stress disorder (PTSD) and anxiety. She has been struggling with these disorders since middle school and was hospitalized several times after the medication she was prescribed failed to help her mood.

Her counselors at Earle B. Wood MS did not meet her needs and left her feeling vulnerable, she said.

Bipolar disorder can be difficult to diagnose because patients tend to seek help when they are depressed, so they are often misdiagnosed with having major depression, according to the NIMH website.

Tulloch was able to find aid outside of school such as group and one-on-one therapy. However, her experiences left her distrustful of in-school mental health aid. In a poll conducted among a sample group of nearly 500 RHS students, about 49 percent of students said they do not feel comfortable seeking help from an adult in school when they are feeling stressed or upset.

“Sometimes a student who really needs to seek out a therapist outside of school tells me he or she won’t because there’s soccer, or a job, or SAT class or something and that is really disappointing to me because sometimes postponing mental health help just prolongs or exacerbates the problem,” counselor Wendy Kiang-Spray said. “Sometimes things like soccer or homework and whatnot needs to take a hit when therapy or simply reducing stress is a priority.”

Since mood disorders are often linked to an imbalance of serotonin, norepinephrine and dopamine in the brain, antidepressants aid in balancing out these neurotransmitters. Tulloch is now on medication which she said has been helpful, but still struggles, especially at school.

“Sometimes teachers don’t really understand,” Tulloch said. “It’s not their job to understand, but there’s been a couple times where I’m having an episode in class and I need to get out.”

“If you find the right places you can find a lot of resources,” she said, “so there are resources out there for people and there’s different things for your needs. You just have to know where to look for them–the best thing you could do is ask your doctor.”