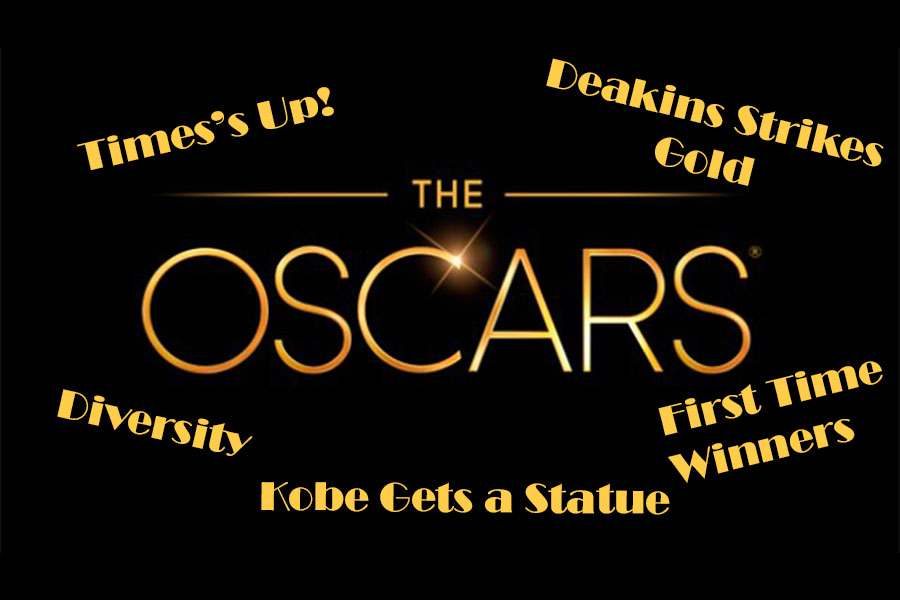 The 90th Oscars, hosted by Jimmy Kimmel, took place March 4 at the Dolby Theater in Hollywood, bringing together the brightest stars in Hollywood who not only celebrated themselves but also spotlighted race and diversity. In case you didn’t tune in or simply couldn’t watch the full two hours and 45 minutes, here are the five biggest moments from the Oscars 2018.

The entertainment industry, especially in Hollywood, has been full of controversy this year following the countless sexual harassment allegations from women in the industry. This controversy became an evident theme throughout the award show. Host Jimmy Kimmel addressed the issue in his opening monologue. Ashley Judd, Annabella Sciorra and Salma Hayek, three leaders in the Time’s Up movement, introduced a video of women and artists of color calling all artists to action. The night culminated in Frances McDormand’s (Leading Actress, “Three Billboards Outside Ebbing Missouri”) acceptance speech where she called on every woman in the audience to stand up to fight for inclusivity.

Former basketball star Kobe Bryant won the Oscar for best animated short film. Bryant, a legend for the Los Angeles Lakers, wrote and narrated, “Dear Basketball,” based on a retirement letter he wrote to The Players’ Tribune in 2015. Bryant is the first professional athlete in history to be nominated for and win an Academy Award. The 6-minute short was animated and directed by Glen Keane and scored by “Star Wars” composer John Williams.

Legendary Cinematographer Roger Deakins won his first Oscar after being nominated 13 times previously. Deakins won the Oscar for best Cinematographer for his camera work in “Blade Runner 2049.” Deakins is best known for his work with the Cohen brothers in movies like “The Big Lebowski”, “Oa�� Brother Where Art Thou?” and “No Country for Old Men.” He received his first nomination for his work on “The Shawshank Redemption” in 1995.

The 90th Oscars were packed full of first time Oscar winners. Eleven winners took home the golden statue for the first time. The first timers included young talent such as directors Jordan Peele and Rachel Shenton who won Oscars for their filmmaking debuts in “Get Out” and “The Silent Child” respectively. The night also saw many veterans in the industry take home their long awaited first Oscar such as Gary Oldman (Best Actor in a Leading Role) and Roger Deakins (Best Cinematography).