Rams Squeeze Out First Win of the Season 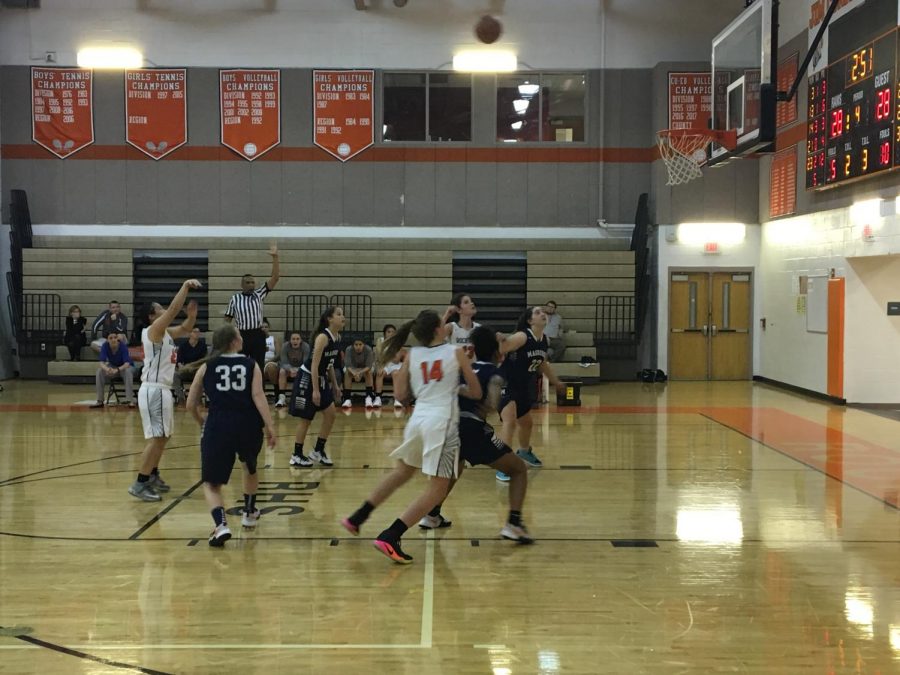 The game started out slow with little scoring but the Rams took the lead and ended the first quarter 6-5. By the start of the second, the girls maintained their momentum which excited the crowd, getting them involved.

“It was really hype and [there was] a lot of cheering from all of the fans,” sophomore Marquez Piatt said.

In the fourth quarter, both teams went back and forth, playing aggressively and fighting for the ball. Junior captain and guard Emily Huynh led the team with 13 points and sophomore forward Colleen Barrett grabbed seven rebounds for the night.

“[This win] is going to hype us up more,” Huynh said. “We’re definitely going to come out to more games with more energy.”

The Rams won a close game 31-30 earning them their first win of the season. The girls’ next game is at home against the Watkins Mill Wolverines Friday, Jan. 12 at 7:15 p.m..