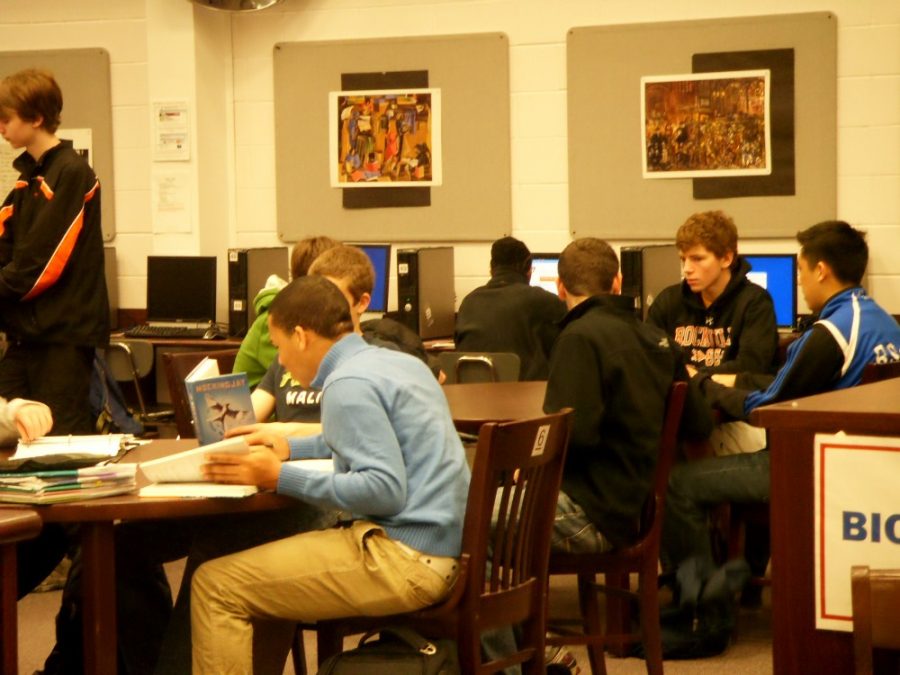 The decision to lock the doors after a certain amount of students were allowed in was not a sudden choice, despite what was commonly thought at the time. “I have been trying to get the situation well in hand a��it was just spiraling out of control,” said media specialist Sherry Weiss.

The amount of students allowed inside the library at one time is limited to roughly 90; it is a seemingly small number, but there are only two adults available to consistently monitor students coming into the library. For many students, the most popular option in the media center is the computer section, which can be, in some instances, the most problematic area.

“The library is a necessary public facility. The administration should a�� make it safe for the library to hold as many people as possible,” said freshman Marisa Clery.

Limiting entry in the media center is meant as a means of enforcing safety. The media center has a history of student misbehavior that is considered unsuitable for what is supposed to be a calm environment. The new rule is not meant as an attack on student freedom, but rather as a precaution so that students use the media center for its intended purposes.

This rationality has not gone entirely misunderstood, but some students still question whether or not this is the best method to keep students safe. While safety is important, the opportunity to complete schoolwork is considered just as essential. For most, being able to balance these two necessities is key to a productive environment.

Since this plan was put into action, the media center’s environment has calmed down with the smaller number of students. Despite the fact that many students still face disappointment when they find themselves standing in front of locked doors, during which time they would usually have been studying within the media center, the change is not permanent and student behavior will dictate how soon in the future this limit will be abolished.