Minimum Wage to Increase in 2021 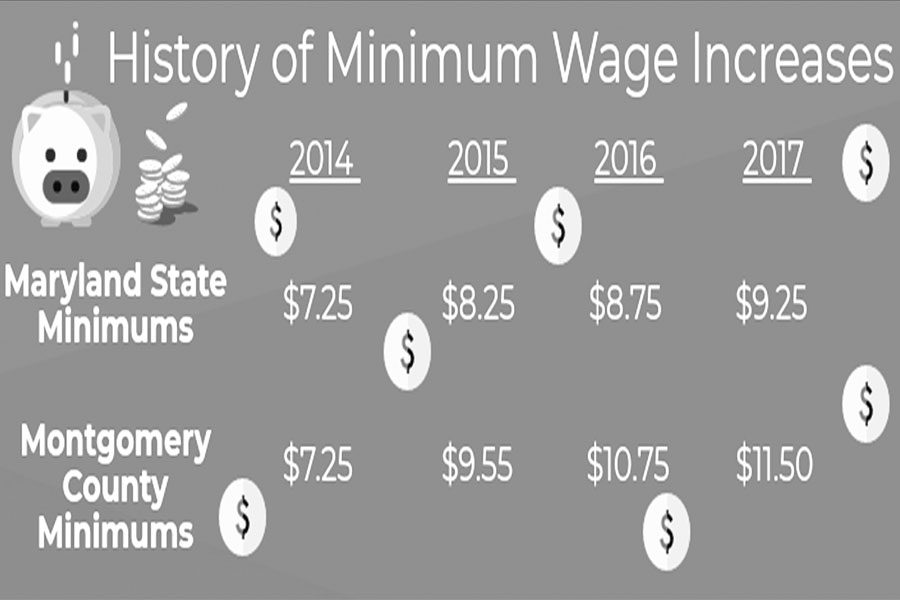 District 3 representative Sidney Katz voted in favor of the bill with those working minimum wage jobs to support their families in mind.

“Montgomery County is an expensive place to live,” Katz said. “An increased minimum wage will provide a higher quality of life for many workers and families. Households will have additional money to put food on the table, roofs over their heads.”

“For those workers who are working to support their families or paying for college, this could really be a good opportunity for them whereas someone like me, who just has a job to have a job and get that experience, it doesn’t impact me as much,” Anderson said.

An earlier version of the bill was vetoed by Montgomery County Executive Isiah Leggett after being passed by the Council with a 5 to 4 vote in January. This bill would have required the wage hike to be implemented in 2020. Leggett said that this was too soon for employers to be expected to implement the wage rises.

A major argument against the wage raise was concern for businesses’ abilities to pay their employees.
“Throughout the minimum wage discussion I heard from business owners a�� both small and not so small,” Katz said. “They have real fears about their ability to keep their doors open with an increased minimum wage.”

The gradual phasing in of wage increases is intended to give businesses an adequate amount of time to adjust and plan for a successful transition.