Stadium Grass to be Replaced this Summer 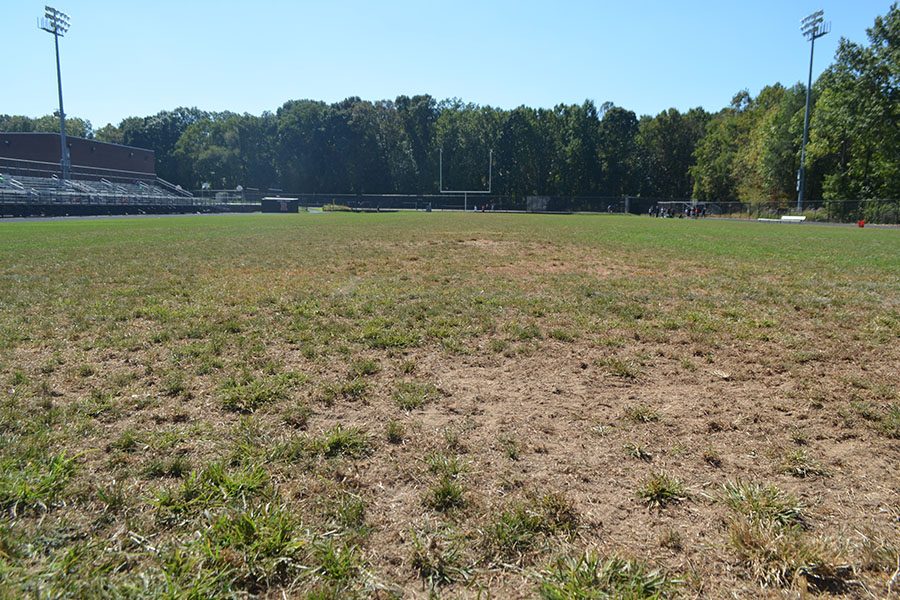 Joseph B. Good Stadium will be redone with bermuda grass by Game Day Landscaping and Maintenance after the 2018 spring sports season, as a result of student and parent requests for a better field.

Athletic Director Michael Hayes has regularly cut and painted the field in the past and plans to maintain the field in the future which requires a lot of time and money. He will oversee the construction of the new field throughout the summer.

However, due to the mass amount of work that redoing the field requires, Game Day Landscaping will be ripping up the entire field and putting in all of the dirt and sod for the grass to initially grow.

Initially, the field will cost $40,000-$50,000 to instal and will take almost the whole summer to complete. The general athletic fund will pay for the installation.. The fund, Hayes said, is a combination of income from MCPS and state allocations, the booster club, ticket sales, concession sales, donations and fundraisers.

Bermuda grass requires more maintenance than the current natural grass, especially when it is freshly planted. Since Bermuda grows faster, it will need to be cut more frequently.

“I am excited for [the bermuda] if it works out, I’m nervous about the installation process,” Hayes said.

Despite the costs and changes Hayes will have to make to maintain the field, some players say that Bermuda grass is easier to play on due to the flatter field and more turf-like feel of the grass.

“I played on bermuda [grass] last year for lacrosse and it was really nice and soft,” senior varsity lacrosse player Finn Harty said.

The question of whether Bermuda grass or natural grass is better for athletic performance was tested by major league soccer team FC Dallas beginning in 2014. In a Big D Soccer article by Jason Poon, In the 2014-16 seasons, the team played all of their home games on the new grass and on average won 2.5 games and scored 8.33 more goals per season when compared to previous seasons playing on natural grass.

“Bermuda grass is the dominant choice for football due to Bermuda’s excellent turf quality and the ability to be mowed low for faster athletic usage speeds,” according to Seed Land, a website that specializes in sports grass.

There is reason for concern about the success of the new field since Bermuda grass is easily influenced by weather. When it is dry out, the grass browns and looks dead. It does not grow well in shaded areas so that may be a problem for some parts of the field. The grass also does not grow well when flooded and requires a specific amount of water to grow at the highest efficiency.

“I think we’ll probably have to make up more games next year if the Bermuda grass gets messed up in the rain easily,” varsity field hockey player junior Hailey Suthard said.

With the project scheduled to begin after the spring sports seasons and the installation to be completed over the summer, players will experience the Bermuda grass the upcoming 2018 fall season for better or worse.