TV Production Ventures Behind the Scenes with Channel Seven 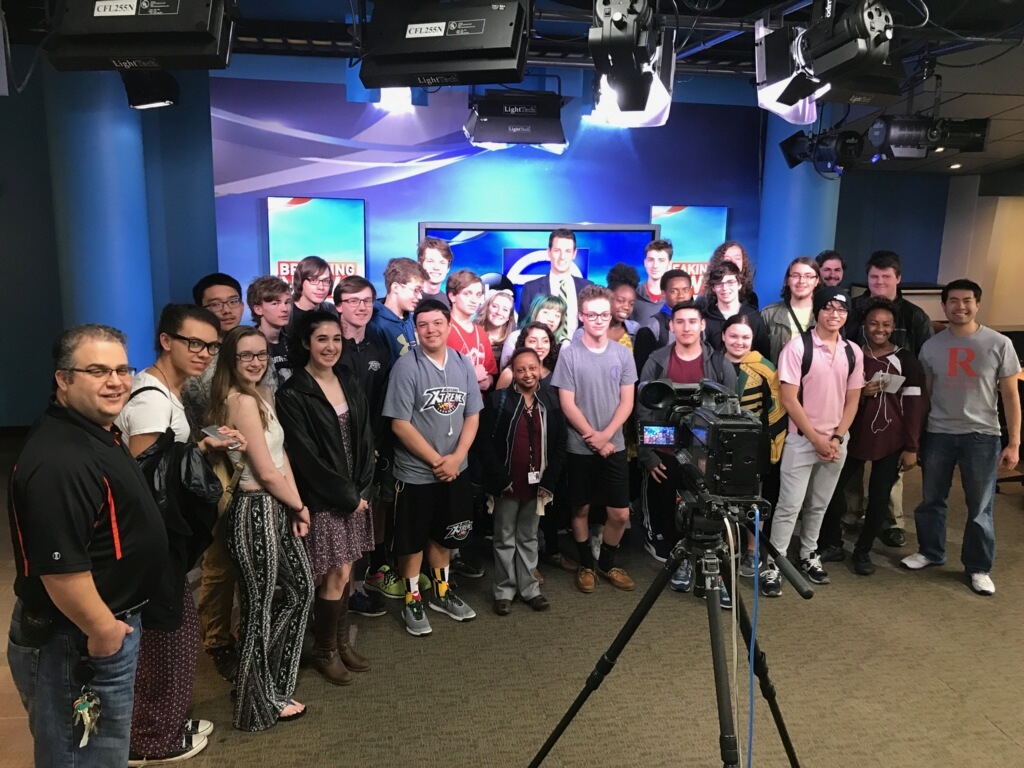 Rockville's TV Production class takes a trip behind the scenes to D.C. last month to visit Channel Seven News, learn the ropes, and even watch the filming of a live broadcast.

Students in TV production, the class that produces the Wake-Up Rockville morning show, had the chance to visit the ABC7 and Newschannel 8 studios April 4, 2017. This was the class’s first field trip to a major studio, where they witnessed a live show.

The trip brought some unique opportunities for the class. The students witnessed a live broadcast of the 12 p.m. news and a breaking news situation covering a F-16 fighter jet crash in the area. These events showed the students the process of presenting news from a professional news team.

Steve Mirman has been teaching TV production at RHS for three years and with his background in broadcasting was able to coordinate the trip through his contacts with Channel 7 news.

“[I scheduled the trip] to show the students what a professional TV studio looks like, see how similarly we do things, see how different things are, and give a broad perspective of what’s involved in a news station,” Mirman said.

Shamia Holloway is the community relations director at ABC7 and NewsChannel 8 studios and mainly deals with incorporating the talent of the TV studio into the community, such as hosting non-profit organization events and covering community events, such as Toys for Tots. Holloway also helps in arranging school tours for high school level students.

“There’s no better way than to actually see how your passion acts in play,” Holloway said. “You can study it in class, you can do interviews in school, but to actually see it in play, I think that’s the best experience you can do.”

Junior Sophie Blondel has been in the class for three years, since Dana Tobiassen taught the course. Since then the class has evolved into a new morning show.

Blondel said, “We’ve tried to do things to make the show more interesting, like adding a better intro, we changed the background, […] the core of the class pretty much stayed the same.”