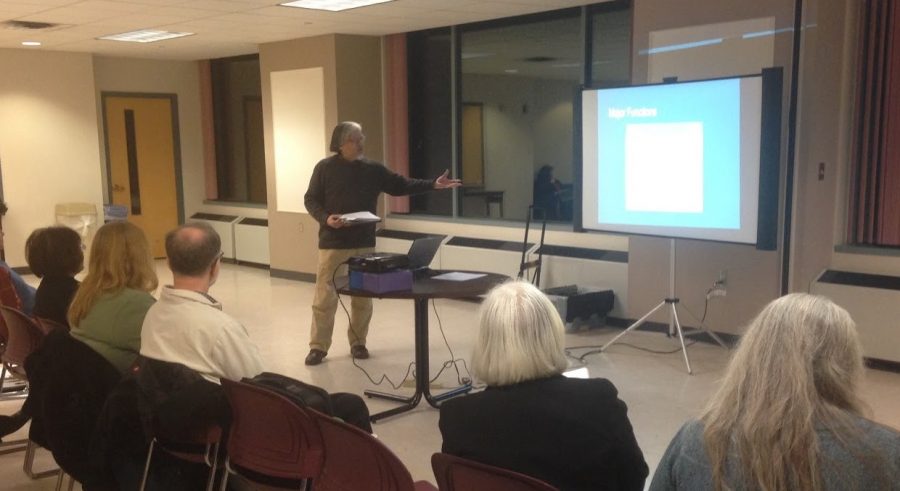 The third annual Budgetpalooza gave members of the community the opportunity to discuss and analyze different chapters of the MCPS 2015-2016 operating budget. Attendees stated issues with the budget and proposed solutions to the budget.

On Feb. 26, at the Bethesda-Chevy Chase Regional Services Center about 20 people discussed the budget. This year the turnout for Budgetpalooza was not as large as in previous years, perhaps because of an earlier snowstorm, forty people attended last year.

Budgetpalooza was organized by the Montgomery County Civic Federation (MCCF), Montgomery County Tax Payers League (MCTL) and the Parents’ Coalition of Montgomery County. They were short on volunteers, so some people ended up presenting multiple chapters. MCCF president Paula Bienenfeld presented several of the chapters. Parents, members of the County Council and MCPS board members also attended. The main focuses were the improving teacher quality, getting students college-ready and the need for more public discussion about the budget.

“The quality of the teacher is the most important,” Parents’ Coalition member Sheldon Fishman said. MCTL member Gordie Brenne agreed with Fishman saying that there needs to be more focus on improving teacher performance. Brenne presented and analyzed chapters one and nine out of the 11 chapters.

Audience members proposed ways to improve teacher performance such as increasing the salary for those who perform well and decreasing the salary for those who do not, which would give the teachers some incentive to be a better teacher. Many audience members agreed that having motivational, dedicated and high quality teachers is the key to student success.

Another issue that was emphasized was whether graduating high school means a student is “college-ready.” Many attendees felt that a lot of students graduate, but are then put into remedial college courses, indicating that they are basically retaking courses they already took in high school. One proposed way to fix this was improving teacher quality and having more factors to determine whether or not students are ready to graduate high school.

The biggest issue discussed at Budgetpalooza was the need for more public discussion about the budget. Many people feel that the board is not presenting the public with answers as to why they are proposing certain elements of the budget. For example, the county has a certain amount of buses, but there is nothing saying why there is that many buses. Attendees felt that there are so many numbers proposed in the budget, but there are not a lot of explanations and this is where public discussion come in handy.

“The budget became a document discussed behind closed doors a�� we are missing a lot of discussion,” Parents’ Coalition member Janis Sartucci said.

Sartucci explained how in 1986 the budget was discussed publicly and this discussion went until 2 a.m. She said the board used to discuss the budget, but they all of the sudden stopped and that is when the public started questioning the numbers they were proposing. Brenne says that there are very few numbers regarding outcomes of programs, so it is hard to tell how successful the programs are.

Overall, Budgetpalooza was very informative and is a great opportunity for the public to voice their opinions since members of the board did attend. “It is important for the public to know what’s really in such an enormous, enormous budget. It is a huge amount of our money that people contribute to with their taxes, so we want to make sure it’s well spent,” Bienenfeld said.