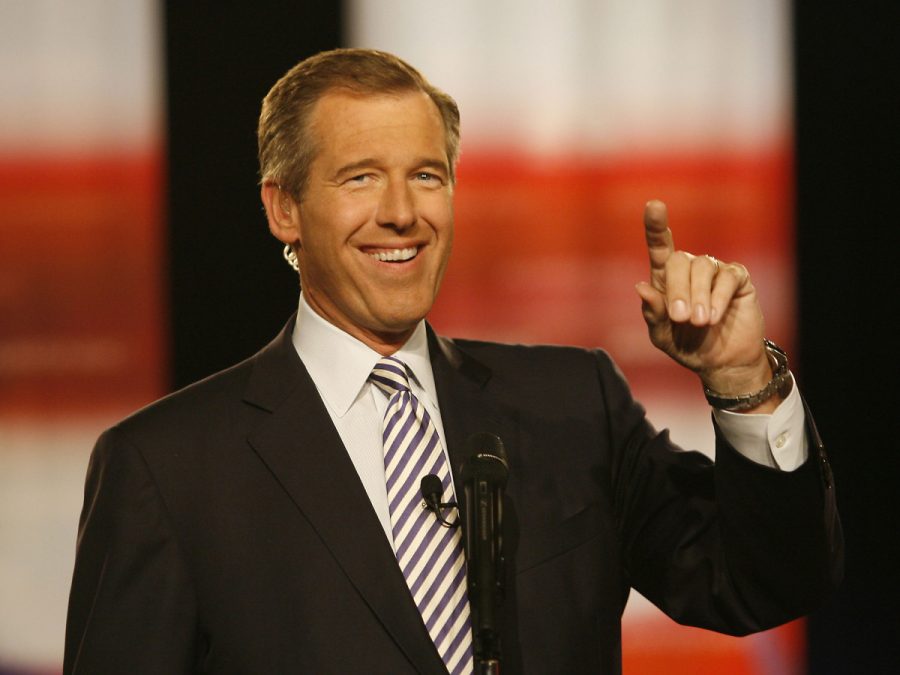 NBC's Brian Williams hosts the Democratic Presidential debate at Drexel University on Oct. 30, 2007 in Philadelphia, Pa. Williams said he is temporarily stepping away from the NBC Nightly News amid questions about his memories of war coverage in Iraq, calling it 'painfully apparent' that he has become a distracting news story. NBC News President said Friday that an internal investigation had been launched after questions arose over Williams' false on-air statements that he was in a helicopter hit by a rocket-propelled grenade while in Iraq in 2003. Courtesy of MCT Campus

News anchors are supposed to be the people American citizens trust the most, providing information on key events while remaining unbiased and truthful. However, NBC Nightly News anchor Brian Williams has been suspended for 6 months without pay, due to his fabricated retelling of his experiences in the Iraq war.

Although his story has slight variations since he began telling it in 2003, Williams generally claimed that a helicopter he was flying in over Iraq took RPG and small-arms fire. After members of the US military who were also on the scene discredited this story on Facebook, Williams apologized last week.

It has now been uncovered that William’s helicopter never took fire, and the helicopter that was struck by an RPG was in a different company altogether. As these lies begin to become uncovered, more questions arise about his story-telling. The anchor renowned for his charm and easygoing personality is now seen as a liar.

Other tales he has told, including some about Hurricane Katrina, as well as his meeting with members of Seal Team Six have all been reviewed and are generally seen as false accounts.

Perhaps William’s fame and reputation has led him to believe that he can say whatever he wants. However, all of his exaggerations and doubtful accounts are catching up to him. There is a very large chance that Williams swill be fired because of this. I believe he deserves to be fired; he went against his oath to always provide the public with accurate and truthful information.