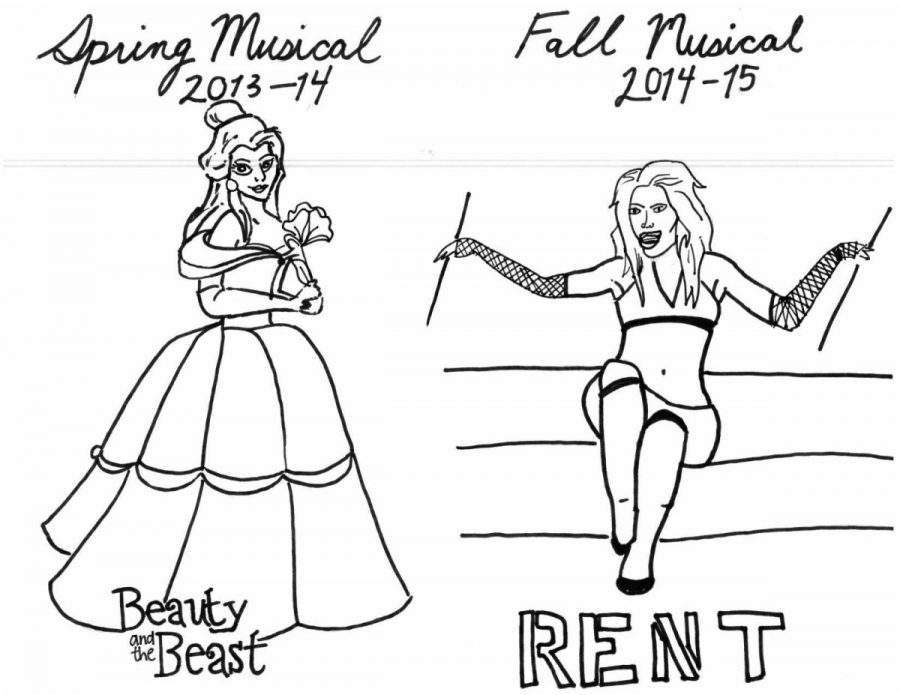 This fall, the drama department plans to turn heads with its production of “Rent: School Edition,” a change from its usually lighthearted musical selections.

The script focuses on the AIDS epidemic and takes place in New York City. Unlike previous musicals RHS has put on, this is not the typical boy-meets-girl romance.

The play centers on a group of friends trying to survive with little money and living with the life-threatening disease, AIDS.

“Rent” differs from past, more conventional plays as it refrains from having a happy-go-lucky nature, both in plot and music. It is substantially more emotionally gripping in comparison to the more upbeat plot of “Beauty and the Beast.”

Sato said that although the play underwent some minor alterations in order to take the play from an R rating to a PG-13, it was not major and nowhere near enough to draw from the overall meaning of the play.

“Personally, I think taking out some of these lines takes away a bit of the meaning of the show, yet it’s not too much that you don’t understand the story,” senior Korbyn Carleton said. Carleton plays the role of Mimi, a dancer who is HIV positive.

Teens and adults alike may appreciate the play’s message, as it raises awareness about AIDS. That it is even a musical will draw in a large crowd and potentially increase the amount of money raised by the drama department in ticket sales.

“Rent” marks a transition in the RHS drama department. As students in high school we should be exposed to rigorous topics not only in school work but also in theatre productions.

In contrast to the past productions, it is refreshing to see more emotional weight within a plot. The fact that this musical focuses on a topic with such heavy sentiments shows promise for the future of the drama department.