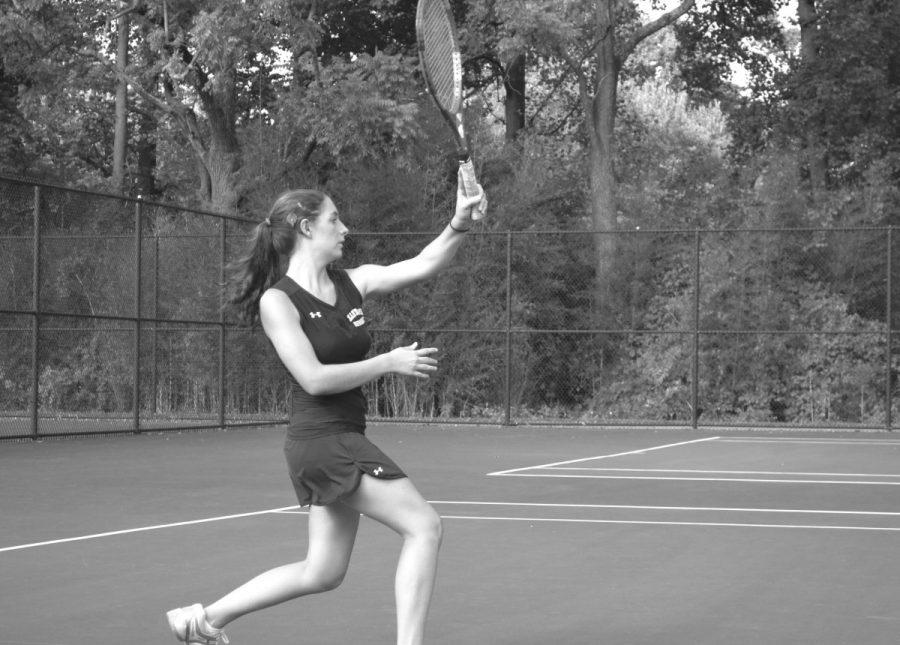 Senior Vicky Ganev follows through after hitting a ball during a home match against Quince Orchard Oct 17. Ganev along with the rest of the Lady Rams finish their season at 5-7 and begin to prepare for an exciting county tournament. --Meklit Bekele

In order to make sure his team was ready for counties, Stohlman found that by playing matches all the way up until the start of counties, players became more mentally prepared for the tournament. Players also got used to the format of matches so that they would be comfortable at counties. The team played Sherwood HS and Richard Montgomery HS, who were some of the toughest teams they had to play all season.

“We try to work on skills in practice that we noticed we need work on during matches. Hopefully that will better prepare us for counties,” Wagner said prior to the tournament.

“Three teams were able to get first round byes and Wagner made it to the quarterfinals of the county tournament where she had to play the county champion from last year,” Stohlman said.

To better improve the team for next year, “I would like to improve our conditioning and doubles play,” Stohlman said. This will enable the Lady Rams to build up the endurance they will need for matches.