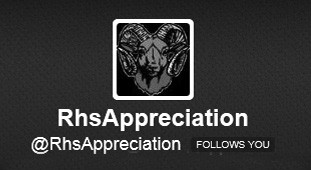 It was a handwritten book called “The Burn Book” that sent students to tears in the movie “Mean Girls.” At RHS, it was an anonymous Twitter account which turned harmless gossip into a cyberbullying mess.

When a Twitter account called @RHSConfessions started making degrading comments and false statements about multiple students in early March, RHS was struck with disappointment. Secrets were made public by the anonymous cyberbully, whose identity is still unknown. Many students who saw the tweets flagged them as inappropriate, which ultimately led to the deactivation of the account.

These accounts, dubbed “confession pages,” have become a national trend in the past few months. Other MCPS high schools such as Gaithersburg, Poolesville and Seneca Valley have also had problems with this method of cyberbullying. These schools have had to contact the police and investigate particularly threatening tweets. Thankfully, at RHS students took notice of the issues with @RHSConfessions before law enforcement officials were needed.

Once the situation blew over, one RHS student then decided to stand up and speak out against cyberbullying in his own unique way.

After @RHSConfessions was shut down, @RHSAppreciation, a Twitter account aimed at making students feel valued rather than targeted, asked RHS students to send in compliments about their classmates. @RHSAppreciation then tweeted the compliments anonymously, never saying who sent them or who was behind the account.

The account surged with admiration as hundreds of students were recognized in its tweets. “The day I made [@RHSAppreciation], I would get 70 submissions per half an hour. They would just send them in and send them in. It was a constant flow of appreciation,” said the student behind the account. Of course, after about two weeks, the number of submissions dwindled. But whenever @RHSAppreciation tweeted, asking for more compliments, the account would then be active for around an hour.

Although compliments were only continuously sent for the first couple of weeks of the account, @RHSAppreciation’s tweets show how much students care about each other. Keeping all aspects of the account anonymous helps with the effect of each and every tribute. It is irrelevant who sent the compliments, just that the person being tweeted about feels valued.

Sophomore Elizabeth Hubbard was tweeted about through @RHSAppreciation. “I was on Twitter and all of a sudden I see this nice tweet about me,” she said. “I felt shocked; I didn’t know I was appreciated that much by my friends and it meant a lot to me.” This feeling of surprising happiness is exactly why @RHSAppreciation decided to help share students’ compliments.

“I don’t really get satisfaction from doing it, I just wanted to do it to make people feel good,” the feed’s creator said. “I made [the page] in retaliation to the @RHSConfessions page because everyone was disappointed with it. Although [some people] enjoyed it and thought it was entertaining, I thought something needed to change.”

So who is @RHSAppreciation? Drumroll please.

@RHSAppreciation is… junior Cole Bennington. Although Bennington said he will not be continuing the account after his identity is publicized, @RHSAppreciation had a good run and will be remembered by students as a highlight of the 2012-2013 RHS school year.