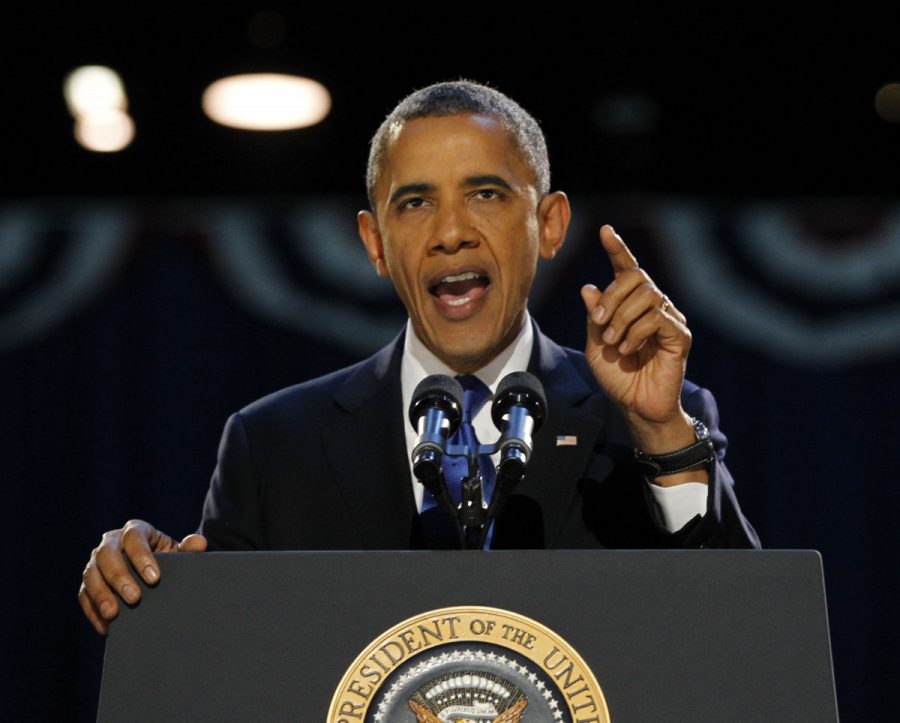 President Barack Obama speaks to supporters at his election-night headquarters as he celebrates his re-election on Wednesday, November 7, 2012, in Chicago, Illinois. (Brian Cassella/Chicago Tribune/MCT) --Courtesy of MCT Campus

This year’s election results symbolize so much more than simply another victory for the 44th president.

Maryland citizens have agreed to unite with Obama to take these next four years to produce a more balanced economy, which was the biggest concern for voters this year. The people were willing to get on board with him and his social views to allow tax-paying immigrants to pay in state tuition, as well as marriage equality for all.

I am proud to say I come from a state that refuses to be held back. We have approved all six of the referendum questions including gay marriage and the Dream Act. Maryland became the first to legalize same-sex marriage by popular vote, which is worth bragging about.

We have sent another democrat, Ben Cardin, to the senate where he will be greeted by the majority of others sharing his ideology. Seven-eighths of our congressmen will support their constituents’ liberal views. We saw a change of heart in the 6th district as they turned blue over 20 year incumbent Rep. Roscoe Bartlett.

The most exciting thing for me was to see the youth get out and vote. The 19-29 age group comprised about 20% of the electorate. Obama managed win that group by 24 points. The hope is that those voters will remain active after their newly-elected president is gone.

It is no secret that Obama still needs to deliver on his promises of hope and change from 2008. Now that Obama is back in office we are expecting the real change that we have needed for the past four years.