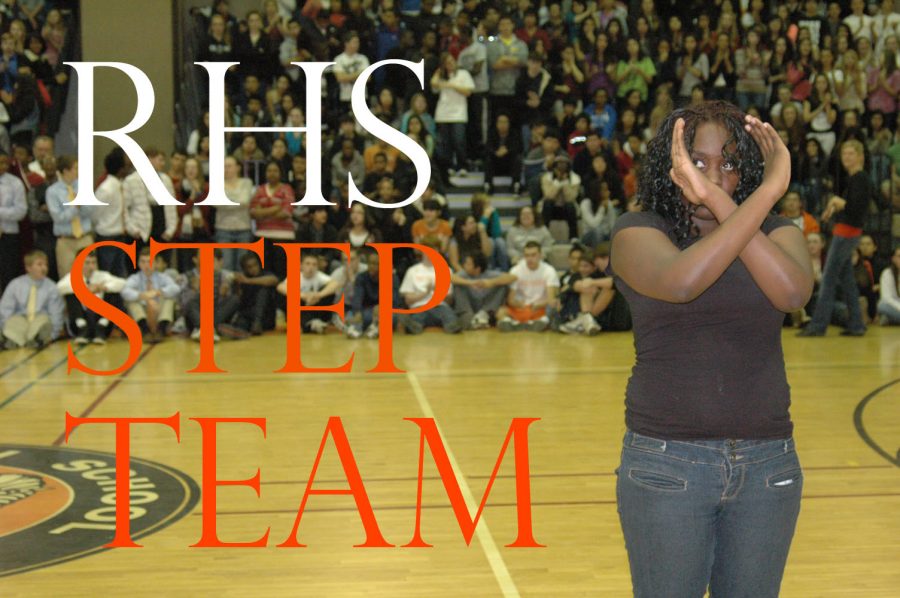 Boom, clap; hear that? That is the sound of the Rockville Steppers stomping, clapping and making a mixture of different rhythms and beats that when all put together make one dynamic dance routine.

Step team sponsor LaDonna Fletcher defines step as “a form of dance but in staccato, it involves claps, stomps and chants going with steps,” it seems to be equivalent. Interestingly, Fletcher is no stranger to step; she was a part of sorority Delta Sigma Theta. In the sorority she gained experience with step, so when asked back in 2007 to sponsor the step team she accepted.

The RHS Step team performs in competitions and school related events such as black history month assemblies, pep rallies, class night and half time shows during boys’ varsity basketball games. Though “We need more membersa��it is easier than it looks,” said Fletcher. During these performances, the steppers are dressed up in themed uniforms which they create themselves.

The team learns different steps to accompany each new performance; this requires practice before each performance. “We practice about two to three times a week,” said captain, senior Stephanie Austin. Practices are held in Fletcher’s room.

Any RHS student is eligible to join the step team. All a student needs to do is try out during the scheduled tryout practice and audition times. If a student is accepted, the member must meet MCPS eligibility guidelines. “This year the team is looking real strong, [we are] learning faster this year,” said Austin.

Sometimes, though, there are costs that one needs to pay in order to be a part of the step team. The team needs funds to make or buy new uniforms for some of their performances. The prices for new uniforms can vary from any price range depending on whether or not they purchase or make the uniforms and where they get them from.

According to RHS website, the purpose of step team is to “bring together parties with the desire to learn and display skills in step through practice and public demonstration.” The last event the team did was Feb. 9 for the Black History Program. Students learned about the culture and history of African Americans and saw their very own step team demonstrate what stepping is.