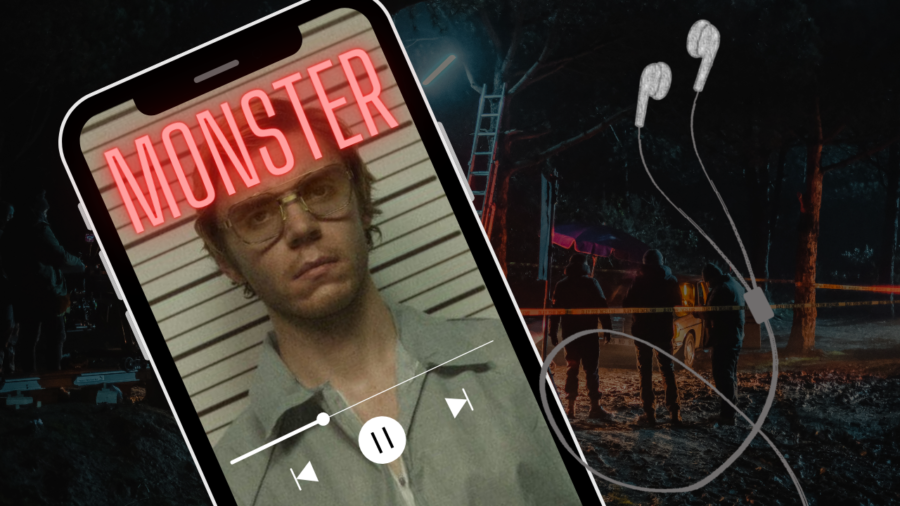 Pro/Con: The Verdict on True Crime

True crime is a popular nonfiction entertainment genre highlighting the details and actions of real people associated with and affected by real criminal events.

While some claim that true crime is detrimental to audiences, or even unethical to subjects, it’s also educational because it informs viewers about the dangers of our society and how to avoid them.

Not all true crime is glamorized by Hollywood’s bells and whistles. The true crime genre has the potential to help prepare audiences for anxiety and stress-provoking situations. Some horror films are entitled in the true crime genre, and they can help viewers prepare a plan and practice skills that could be life-saving in a real-life situation.

According to Psychology Today, a study conducted during Covid-19 found that fans of horror and true crime content reported better mental health during the pandemic. Exposure to watching frightening experiences over time mitigates the fear effect, which translates into the person being less frantic if faced with something frightening in the real world.

Biologically, the human brain is designed to keep us alive in the face of a threat. Consumption of true crime actively changes how our brain processes stressful stimuli and strengthens our “fight or flight” response to a percieved harmful threat.

“Yes [true crime] is helpful because people can learn to protect themselves,” junior Bethel Mulat said.

Another reason why true crime is helpful is its slight health benefits. Watching true crime can raise adrenaline levels, which can temporarily increase your metabolism. It could also even help your blood pressure.

True crime is not a ‘waste of time,’ or a ‘sick pleasure.’ At times, it may not always be a carbon copy of the real events, but it still has numerous other benefits. One’s interest in horror movies simply may be our survival instinct, or like the purpose of seeking other entertainment, an escape from reality.

There’s no need to feel guilty about your interest in morbid past events — it’s just a part of our psychology and our brain working to ensure our own survival. Maybe the culture around fetishizing these horrific events is the problem, not the genre itself. So if people want to binge Unsolved Mysteries or Tiger King, who are we to stop them?

Television, movie, and podcast schedules are filled with eerie murder mysteries and whodunnits. The more heinous the crime, the better. Based on a true story? Fantastic! Viewers and listeners hardly stop to contemplate if there’s something inherently wrong about demanding the stories of killers like Ted Bundy and Jeffrey Dahmer be repeatedly brought to the big screen.

Today’s true crime culture rides on the allure of understanding “complex” criminals and their incomprehensible actions. True crime content preys on our morbid curiosity but ultimately sacrifices empathy for victims and capitalizes on tragedy.

“In general, people are fascinated with immoral people, evil, and what causes someone to behave in a way that’s so unnatural,” senior Olivia Teitelbaum said.

But ethical issues surrounding true crime are seldom discussed. For one, media organizations often show little regard for the family members of victims. In the making of Dahmer – Monster: The Jeffrey Dahmer Story, Netflix didn’t consult the family members of the victims when making the drama.

“I was never contacted about the show,” Rita Isbell, sister of Dahmer victim Errol Lindsey, told Insider. “I feel like Netflix should’ve asked if we mind or how we felt about making it. They didn’t ask me anything. They just did it.”

While many true crime consumers may be satisfied by the endings of criminals behind bars, victims’ families are certainly not. And grief should never be a spectacle of entertainment.

Further, the portrayals of perpetrators are often glorified or sexualized, typically leaning towards a sensationalist narrative at the expense of accuracy.

“Too many shows are trying to sensationalize the murderers without actually discussing the cold-hard facts,” Teitelbaum said.

The “Hollywood versions” of these perpetrators often make it easy for viewers to dissociate themselves from these stories’ origins.

The flood of fetishization directed toward murderers on social media platforms is related to how the media depicts them.

“I think there’s a problem with giving attention to these terrible people and profiting off other people’s pain and loss,” Rogers said.

We must continually remind ourselves that these so-called “dramas” are the horrific realities for real people and victims.

In today’s dark era, it’s unfathomable for perpetrators of school shootings or racial violence to become focal points of Netflix watch parties and sexual paraphilia. Why should serial killers, necrophiles, pedophiles, and cannibals be any different?

We must condemn serial killers like Dahmer and Bundy, not canonize them in American entertainment. This means letting go of our sick fascination with them.