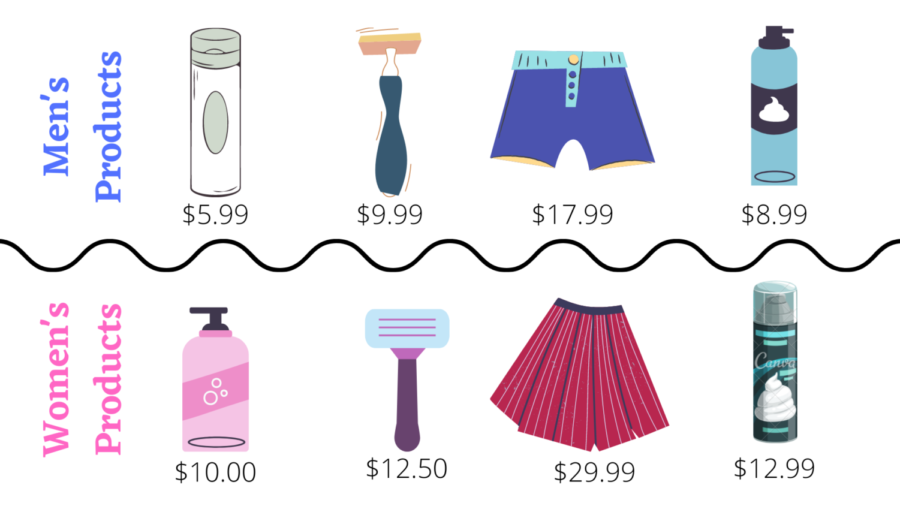 Ever comparison-shopped in the deodorant aisle and noticed a price discrepancy between certain products? You might be witnessing the Pink Tax in action.

To explain why the Pink Tax has no real basis, one must explore its causes. The first study of the Pink Tax dates back to the 1990s. A 1994 report from California’s Assembly Office found that 64% of stores in several major cities charged more to iron a woman’s blouse than a men’s button-up. These stores gave no reason for doing so.

There have been many suggested causes of the Pink Tax, including price elasticity and the belief that women are prepared to pay more for products than men. However, the real reason is that businesses can charge women more and completely get away with it.

The Pink Tax is a cycle. Women are forced to buy marked-up items because of few alternatives. The corporations benefiting from these prices end up with a larger paycheck, and noticeably so. With little regulations to control them, why would they stop?

Further, according to Forbes, women can pay up to $1,300 more than their male counterparts over the course of a year. These price discrepancies are no joke— this creates a $52,000 deficit over a 40-year period, and without inflation.

Common Pink Taxed items include children’s items with a markup of 7%, adult clothing with 8%,  and personal care with the highest markup of 13% according to the NYC Department of Consumer Affairs study. With women still making 82 cents to a man’s dollar, and women of color facing even harsher pay inequalities, monetary losses are far worse than what data suggests. It’s time to end this practice that’s hindered women for years.

Some argue that product differentiation is the main factor in price differences between men and women’s goods. They argue that some products may cost more because of the price of slightly changing the product. For example, a pink toy may cost more than a red toy because it’s more expensive to paint something pink than red. Assumingly, differences in demand for pink toys over red toys can also account for this difference.

However, there is no evidence that states, for example, that pink paint costs more than red paint or blue paint, which would create cost discrepancies in colored items marketed towards different genders.

With no real basis, what does the future of the Pink Tax look like? Some in Congress are trying to take a stand. Representative Jackie Speier (CA-14), Co-Chair of the Democratic Women’s Caucus, has been at the forefront of that movement.

Spier has attempted to introduce multiple Pink Tax Repeal Acts, the first in 2018 and more recently in 2021. Her legislation would have prohibited: the sale of substantially similar goods or services that are priced differently based on gender, allowed the Federal Trade Commission to enforce violations, and ensureed that State Attorneys General have the authority to take civil action on behalf of consumers wronged by discriminatory practices. However, neither have made it far in Congress.

To completely eradicate it, the United States will need some serious business and manufacturing reform. One thing is for certain; we’ve got a long way to go.