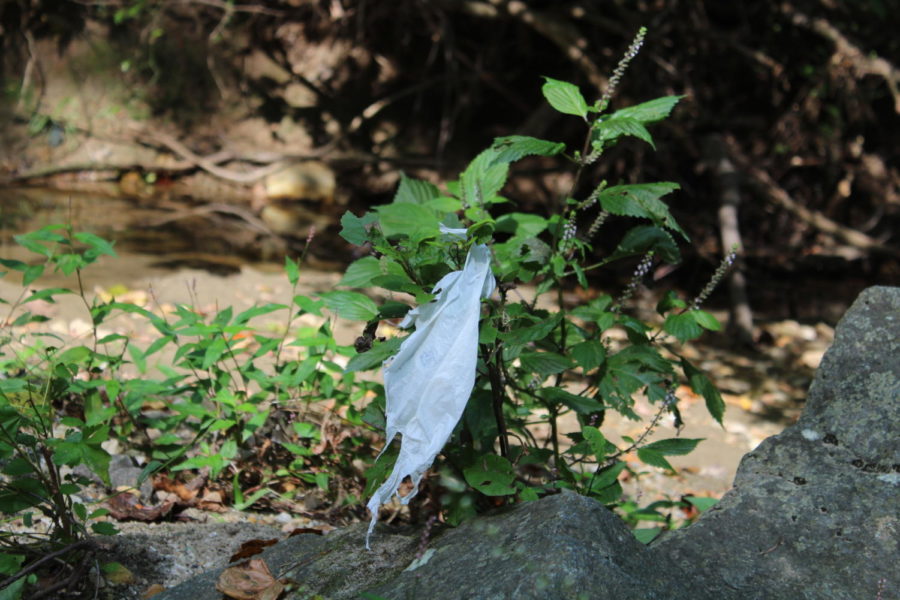 In light of the newest Intergovernmental Panel on Climate Change (IPCC) assessment report (AR6), people have rising concerns about how they can reduce their impact on the planet.

The IPCC is an international organization seeking to have the greatest possible understanding of climate change and make sure that the scientific community agrees about the state of the climate. Their most recent report assessed the global knowledge of the Earth’s climate.

“The changing climate state is already altering the likelihood of extreme events, such as decadal droughts and extreme sea levels, and will continue to do so under future warming,” the IPCC said in the AR6, illustrating just some of the effects of climate change that are already observable.

43.5 percent of students who responded to a survey conducted by The Rampage said that climate change worries them a lot. In comparison, no students said they are not worried.

“I’m concerned about it’s[sic] implications on natural disasters,” a junior respondent said. “I’m also terrified of all the flooding that is bound to occur if we don’t work out butts off to slow the effects of climate change.”

Students are eager to be part of the change, some just aren’t sure where to start.

The choices people make today influence the state of the climate for years down the line, and there are some key ways to mitigate those effects right now, such as reducing the amount of energy they use, but political action is incredibly valuable.

“One of the most important things is to become active politically,” chemistry teacher Charles Piety said.

Piety, a chemistry teacher who has been working in climate-related fields for decades,  recognizes being able to vote for people and policies that are conscious of the planet will improve everyone’s carbon footprint, the total amount of greenhouse gas emissions created by one’s actions.

“Aside from voting or registering people to vote?” Piety continued. “You can wear a sweater in your house if it’s cold, instead of turning the heat up. You can have a fan running instead of air conditioning all the time.”

Other things like hanging clothes out to dry instead of using the dryer or turning off the drying function on the dishwasher can reduce carbon footprints.

Everything adds up, and even small actions can help to make a difference. Being educated on how to take those actions is the first step.

“It [climate change] will be a part of your life,” Piety said. He then referenced the famous quote by Marie Curie, “Nothing in this life is to be feared, it is only to be understood.”

Rather than being worried about climate change it is more helpful to utilize concern to fuel a building of understanding.

“So it’s not going to do us any good to be afraid of global climate change. We need to understand it, and from that understanding, hopefully you, and the student body, and your generation will develop tools to adapt.” Piety concluded.