5 Athletes Advance to the State Championships 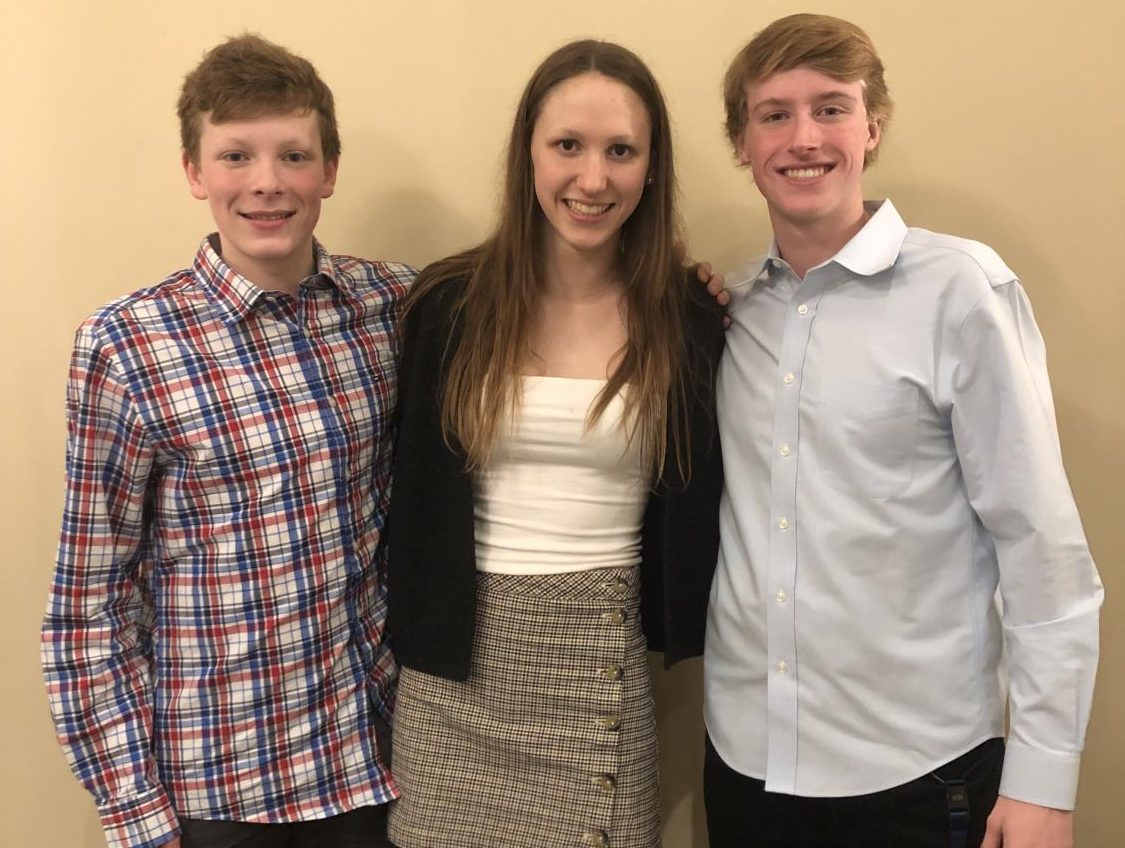 Building off the success of the 2019-20 fall sports season, five RHS athletes were able to either win or place in the State finals for their respective sports: junior Sean Davis, sophomore Maeve Campbell and freshman Toby Barnett for swimming; sophomore Callie Borda for diving; and sophomore Marisa Servis for indoor track. In addition to those athletes, the girls basketball team advanced to the State semifinal before their season ended due to the coronavirus outbreak.

For swimming, winning performances from Davis and Barnett helped the Rams place third overall in Class 3A/2A/1A. Davis won the 500 freestyle with a time of 4:41.03, while Barnett won the 200 individual medley with a time of 1:54.30 and placed third in the 100 backstroke.

Seeded to place fourth, Davis had doubts he could place so high, much less become a state champion.

“I knew there was a possibility that I could win but I didn’t think it would actually happen,” Davis said. “I just tried to swim the best that I possibly could and ended up surprising myself.”

Still looking to improve, Davis aims to perform even better in his final season next year, he said.

Winning a state championship at any point in one’s high school athletic career is a major accomplishment, making Barnett’s freshman year win even more impressive. Barnett finished just over three seconds ahead of the second place finisher, displaying a high ceiling for his next three years. At States, Barnett focused on enjoying the meet, rather than the pressure associated with it, he said.

“It feels great to have won a state championship,” Barnett said. “The environment [at States] was awesome and it was a super fun meet.”

As for girls swimming, Campbell finished third in the 100 backstroke with a time of 59.47, fifth in the 100 freestyle and was also part of two top five finishes in the 200 medley and 400 freestyle relays. She entered the meet confident that she would be able to leave with a medal, but feels she can do even better next year, Campbell said.

“[Winning third] allows me to establish higher standards for myself, so I know I can always improve,” Campbell said.

“I was familiar with [the dives] and had been practicing them for awhile,” Borda said. “The degree of difficulty for all of them was high so all together it was a good selection of dives for me.”

“My experience at States was overall rewarding. I was happy to be there because it meant I was one of the top runners,” Servis said. “I worked hard all through the season and I felt that my work paid off.”