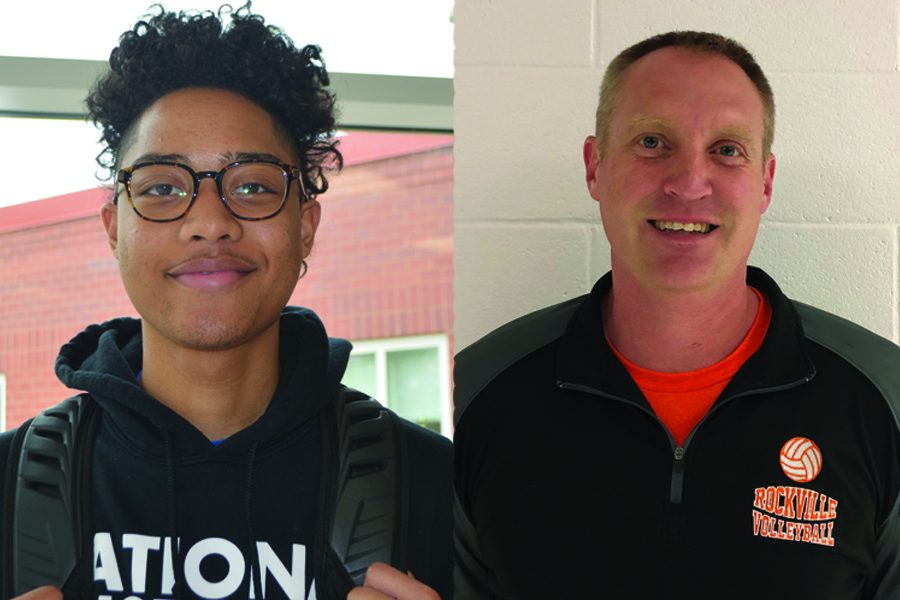 It’s an hour before game time, and junior Jailen Anderson heads to his room to get ready for the big game. Out of his dresser he grabs his jersey, shorts, shoes, two pairs of socks and his lucky Pop-Tart boxers. Without four socks and his favorite underwear, Anderson is unable to play to the best of his ability, he said. To him, keeping up these rituals improves his performance as a starting forward on the varsity basketball team. Athletes like Anderson follow superstitious behaviors to boost their confidence on the field or court.

“Since last year and during this past season I would always double-sock, because it makes me feel more locked in and ready to play,” Anderson said. “The games where I would only have one pair on, I would feel thrown off my game and felt like my foot would slide around.”

A superstition is a belief that certain habits and techniques will bring upon good or bad luck to someone’s performance. An athlete or coach’s superstition can vary depending on the intensity of their beliefs and how passionate they are in their consistency.

For many professional athletes across all sports, their habits can be as simple as saying a prayer before every game or having a specific warm up routine that keeps them in their zone.

On the other hand, some of the most proclaimed athletes take these rituals more seriously, and will go the extra mile to bring themselves luck. Chicago Bulls legend and Hall of Fame basketball player Michael Jordan would wear his University of North Carolina shorts under his NBA shorts during games throughout his 15 season basketball career. Other players take their superstitions into their pre-game meals, such as Chicago Bears All-Pro linebacker Brian Urlacher who would eat two chocolate chip cookies before every game.

The majority of the time, the routines that athletes take part in have a lasting impact on their mental state and the psychological factors that contribute to performing well during a game. If an athlete forgets to do their preferred ritual, it can get in their head and bother them throughout their game.

“Psychological scientists at the University of Cologne found that participants who had a lucky charm demonstrated improved performance in motor dexterity, memory, and anagram games… being in the presence, versus the absence, of a personal lucky charm, leads to improved performance by boosting people’s belief in their ability to master a task, or self-efficacy,” according to the Association for Psychological Science .

Along with players’ superstitions, there are coaches who have their own sources of good luck before games. For many, once they find a successful method for good fortune, it becomes a habit where every game starts with the same ritual.

“We had lost some [games], but one day I went to get a barbecue sandwich before a big game, and after winning that one I continued to get the same sandwich and we went on a six-game win streak,” varsity field hockey coach Raymond Trail said.

No matter how strange or out of the ordinary a superstition may be, athletes and coaches will do whatever it takes to keep a focused mindset and stay on track before games.