Billie Eilish ‘WHEN WE ALL FALL ASLEEP, WHERE DO WE GO’ Review 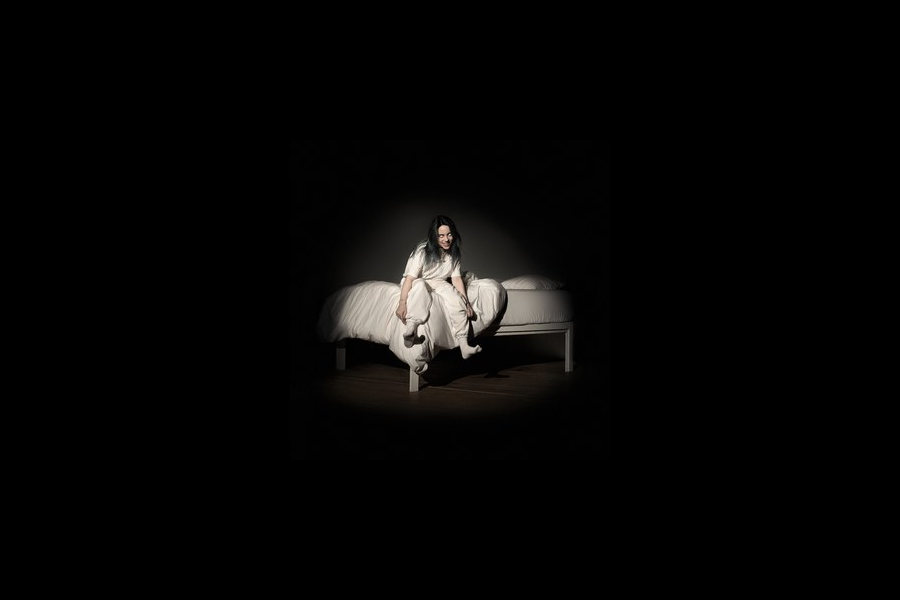 At age 17, most teenagers are focused on maintaining their grades, climbing the social ladder and committing to the college of their dreams. Seventeen-year-old Billie Eilish, however, has other things planned.

When she was only 14 years old, Eilish went viral with her single “Ocean Eyes.” Since then, she’s gained a following of over 20 million on Instagram, sold out world tours, performed at Coachella and released her debut album, “WHEN WE ALL FALL ASLEEP, WHERE DO WE GO?”

Eilish released her album of 13 songs March 29, the names of which are stylized in all lowercase. In addition to the album, she included a short, joking intro where she laughs with a few others over her Invisalign retainer before introducing her album.

Heavily anticipated, Eilish’s first studio album peaked at No. 1 on the Billboard 200 April 13; out of the 13 songs she released, 12 reached the top of the Billboard 100 charts. Previously, her extended play, “don’t smile at me,” had only reached No. 14 Jan. 26.

In the time since the album was released the second track, “bad guy,” which peaked at No. 7, has become a fan favorite. In particular, “bad guy” is more mature and darker than the previous music she has produced, which can vary fans’ attitudes towards her new music.

“[Eilish’s] vocals in the song are really strong and effortless; it’s also my favorite because unlike her other songs on the album because it’s not as intense,” junior Patrice Bilodeau said.

Eilish’s creation of anticipation for her debut album was incredible seeing that she had only released a few singles starting in 2018 leading up to when she finally released her album in 2019.

“The anticipation was extremely large because before the album was released, the majority of her songs were from her EP, ‘don’t smile at me’ from 2017. In between her EP and her album she released a couple of singles, but I was listening to the same songs for about a year,” Bilodeau said. “I was excited and eager to listen to her new songs. A couple of months before the album was released, she would release teasers of the unreleased songs which sparked talk among her fan base.”

Not only does Eilish write her own songs, but she also directs her music videos; Eilish puts time and effort into everything she does and isn’t afraid to express herself. She was extremely experimental when creating the “bad guy” music video, in which her variety of outfits and strange scenes capture people’s attention because of the video’s uniqueness.

Eilish’s album was extremely creative and well written. She constantly kept her fans engaged and wanting more. Eilish does everything in her power to stay true to herself and make sure her music reflects her.

“She is not afraid to express her emotions and ideas even if it’s not popular in the music industry,” Bilodeau said.