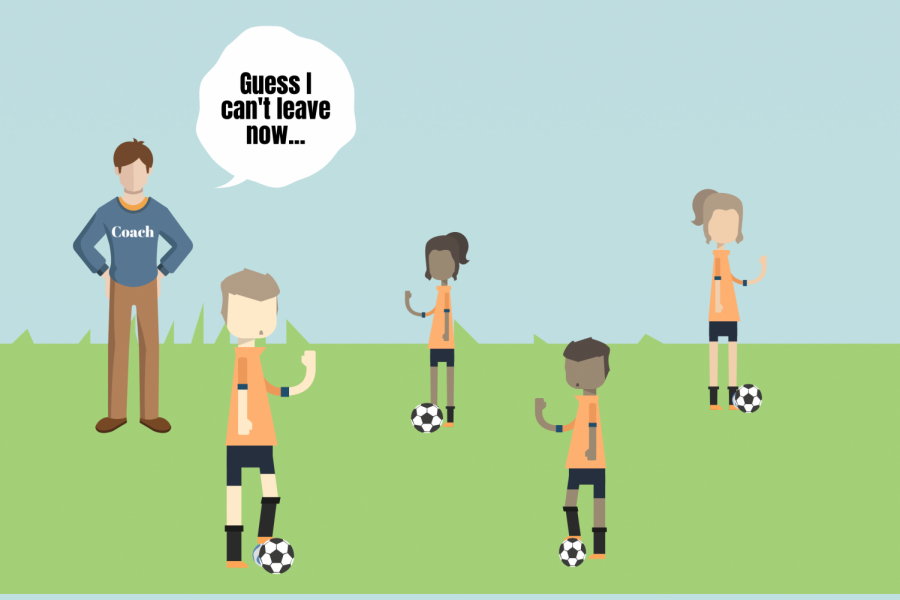 Amid the recent hazing scandal at Damascus High School (DHS) involving allegations of rape, MCPS has implemented a new rule regarding after school activities that requires all extracurricular sponsors or coaches to fill out supervision plans which are reviewed by school administrators.

“[Coaches are expected to] provide for effective locker room supervision prior to and after practices and contests,” according to the MCPS High School Athletics Handbook.

MCPS is beginning to stress the importance of having coaches and sponsors watching their students directly to ensure nothing inappropriate happens whether it be in plain sight or in more secluded settings like team locker rooms and bathrooms.

Now, students are required to have a valid reason for being in the building after school and must be accompanied by an adult sponsor of the club or sport they’re participating in.

Before, coaches and sponsors did not have to come up with specific plans or directly supervise their players or students at all times.

Many have expressed concern about the lack of guidelines regarding after school activities, so the implementation of new standards has left some sponsors more content.

“You do trust most kids, but kids are kids, and things can happen. I do think having a supervision plan is a good thing,” drama director and English teacher Krista McKim said.

The new guidelines were prompted by the alleged incident at DHS, which has impacted a lot of what students can and cannot do after school.  Though students understand the importance of these new guidelines, they admit that it can be inconvenient at times.

“It is very annoying how I can’t workout in the weight room after school anymore unless I am with a sports team; Robert [Kambies] used to supervise us and everything was fine,” junior Hung Keo said.

DHS Principal Casey Crouse received criticism from the public for the way she handled and reacted to the situation, as detailed in an April 2 Washington Post article. The article criticizes Crouse for seeming to care more about the consequences for Damascus’ nationally-ranked football team rather than the victim of the alleged broomstick rape.

“Principal Casey Crouse’s response was not ‘Call the police immediately,’ or ‘How is the boy?’ Instead, the question she posed was ‘What is the football consequence?,’” the Washington Post opinion editorial board asked in the article.

In addition to the new supervision plans, all coaches are required to work with the athletic director and show a PowerPoint to all athletes each season which focuses on the dangers of bullying and hazing.  The purpose is to “promote a positive culture,” according to the PowerPoint.

With the recent implementation of this new MCPS supervision policy, along with the required anti-hazing PowerPoint, changes are being made in all MCPS schools, but the effects on students, staff and coaches is still unknown.