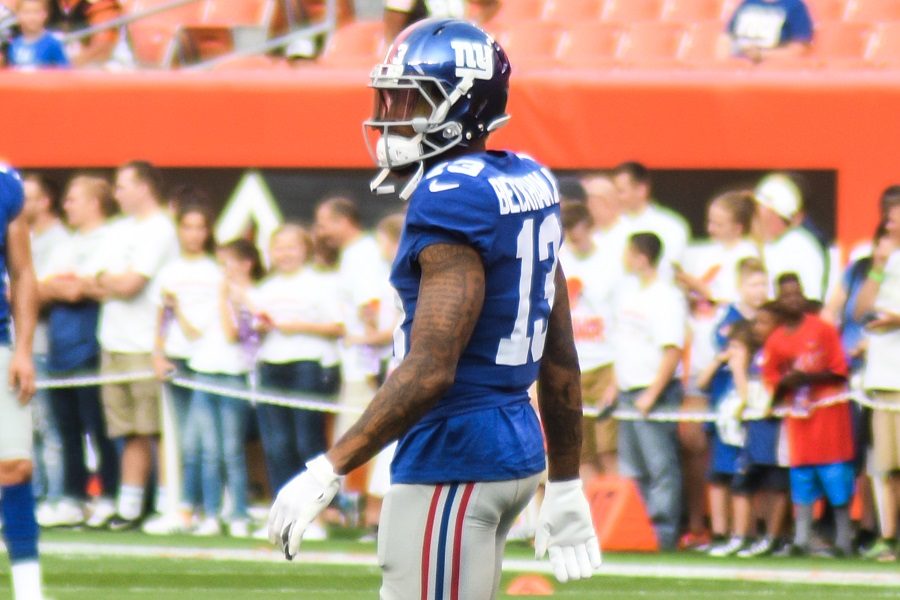 Wide receiver Odell Beckham Jr. was traded to the Cleveland Browns from the New York Giants earlier this spring, sending Jabrill Peppers to the Giants.

Throughout this year’s NFL offseason, there have been many trades, deals and other changes to every team’s roster with the capability to have a massive impact on the upcoming season. To determine which changes will have the most impact, the Rampage focused on the role players had on their previous teams, the rosters they are joining and the background of each move.

The Pittsburgh Steelers announced March 13 that they had traded star wide receiver Antonio Brown to the Oakland Raiders in exchange for a 2019 third round draft pick and fifth round draft pick, strengthening the Raiders offense but also creating a dangerous precedent for future trades.

The addition of Brown will boost the Raiders’ offense that was in need of a star and veteran wide receiver, a role Brown should be able to fill. In 2018, Brown caught 104 passes for 1,297 yards and 15 touchdown for the Steelers, but after the Steelers missed the playoffs and Brown sat out of their final game of the season, it was clear he wanted out.

The NFL posted on Instagram March 8 that the Buffalo Bills were closing in on a deal to acquire Brown from the Steelers. In response, Brown commented “fake news” on the post and was traded to the Raiders five days later.

The events that led to the trade have many NFL executives worried, according to a March 28 ESPN article. Brown forced his way out of the Steelers with three years remaining on his contract, leaving some NFL executives concerned that players will be able to do whatever they want and may try to follow in his lead in future offseasons.

The Cleveland Browns traded for star wide receiver Odell Beckham Jr. March 12, giving the Browns potential to be one of the top teams in the AFC this coming season.

In exchange for Beckham, the Browns traded first and third round draft picks and safety Jabrill Peppers to the New York Giants. After trading their top wide receiver, the Giants may be entering a rebuild season.

With the addition of Beckham, the Browns’ offense consists of Beckham, quarterback Baker Mayfield, running back Nick Chubb and wide receiver Jarvis Landry. The Browns’ offense has been completely revamped since their 0–16 season just two years ago. In the 2019 season, the Browns have the potential to be one of the most powerful offenses in the NFL.

Former Pittsburgh Steelers running back Le’Veon Bell signed a four year, $52.5 million deal with the New York Jets March 12. Though it is a big name signing, the deal will likely not have much impact.

After Bell sat out for the 2018-19 season, the Steelers should have already adapted to his absence. Without Bell, backup running back James Conner stepped up to have a successful season, rushing for 973 yards and 12 touchdowns. With the experience Conner gained this past season, he will be able to fill the void that Bell left behind.

The Jets sat at the bottom of the AFC East last season. Bell may give the Jets the push they need to move up in the division, but only to reach second place as they will most likely remain behind the division leader Patriots.

He retired after nine seasons in the NFL due to his successful yet injury-prone career. Throughout his career, Gronkowski had 7,861 receiving yards and 79 touchdowns.

Gronkowski’s former quarterback Tom Brady teased a possible future return for Gronkowski on an NFL Instagram post March 26 that showed that Gronkowski caught 78 touchdowns from Brady during his career.

“I hope 78 isn’t the final number,” Brady said in the comments.

With Gronkowski in retirement, the Patriots lose one of their best run and pass blockers and one of Brady’s most popular and most trusted targets. They may use an early draft pick to acquire a replacement for Gronkowski or look to trade for or sign a replacement this offseason.

Despite the loss, head coach Bill Belichick and the Patriots typically find a way to recover and will remain Super Bowl favorites in the 2019 season.