March Madness Saves the Madness for the Closing Games 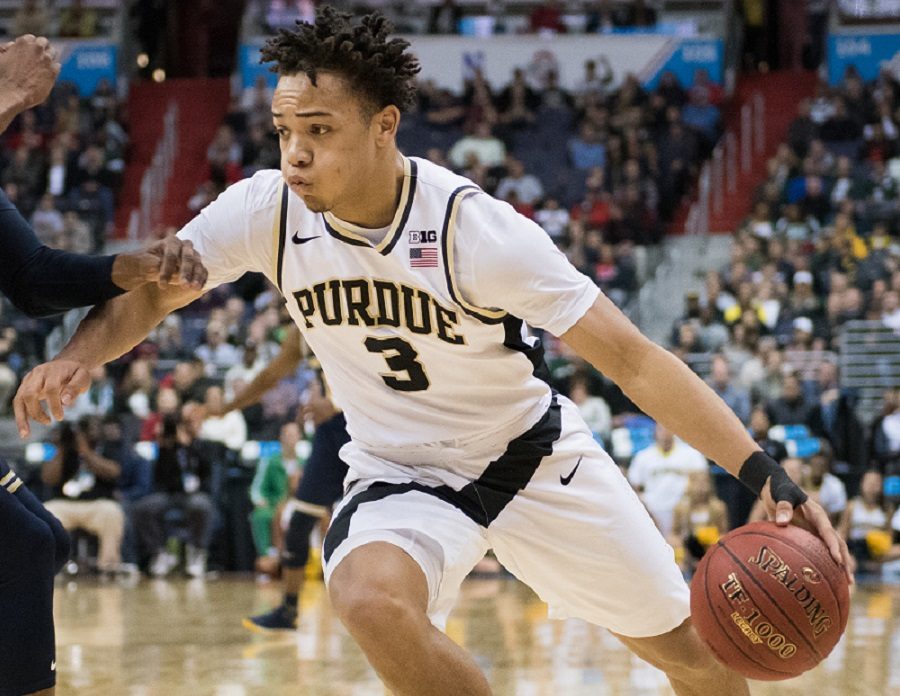 March Madness has come and gone and has been a historic one to say the least. While there have not been any buzzer beaters or huge upsets this year, there have been some exciting nailbiter games that have gone down to the wire.

The story of the round of 64 was Murray State guard Ja Morant who had a triple double en route for No. 12 seed Murray State’s win over No. 5 seed Marquette 83-64. Morant had the fourth triple double in tournament history and the first since Michigan State’s Draymond Green in 2012.

The No. 1 seed Duke Blue Devils were one of the favorites to win the tournament. The Blue Devils began their tournament debut with a bang, defeating No. 16 seed North Dakota State 85-62. Star freshman starters Zion Williamson and R.J. Barrett combined for 51 of the 85 points. The path to Minneapolis would not be easy for the Blue Devils as their following games would bring two missed tip-ins at the buzzer by their opponents. These brought wins against No. 9 seed University of Central Florida in the round of 32 and No. 4 seed Virginia Tech in the Sweet Sixteen. Their luck did not transition into the Elite Eight, as the No. 2 seed Michigan State defeated the Blue Devils 68-67, putting an end to Williamson’s and Barrett’s  freshman year.

“Those Duke games were so fun to watch, it was probably the first time I’ve ever enjoyed watching basketball,” junior Lizzie Weir said.

This year really emphasized the art of small ball and the use of the three point line as a serious threat and advantage to a team’s offense. Arguably, nobody did that better than No. 3 seed Purdue Boilermakers. They started off the tournament by beating No. 14 seed Old Dominion 61-48, and then proceeded to demolish the reigning national champion: No. 6 seed Villanova Wildcats 87-61 in the Round of 32 in part due to Carsen Edwards’ 42 points. The Boilermakers then came back from a deficit of 16 to beat No. 2 seed University of Tennessee 99-94 in overtime to move onto the Elite Eight. Their cinderella story ended when they lost to No. 1 seed Virginia Cavaliers 75-80 despite another 42 points by Edwards.

“He [Edwards] single handedly ruined my night, the guy was on fire and my Vols couldn’t stop him,” math teacher and University of Tennessee alum Christopher Orlando said.

While the Michigan State and Texas Tech game seemed to be a breeze for Texas Tech and birthed their first title game in school history, the University of Virginia and Auburn game caused lots of controversy. Virginia guard Ty Jerome, got a no-call double dribble late into the game after Auburn came back from a 10-point deficit, which left a lot of Auburn fans angry. With Auburn up by two with 0.6 seconds left of regulation time, Virginia guard Kyle Guy was fouled on a questionable call from a three-point attempt. Guy promptly drained all three free throws to ice the game and send the Cavaliers to their first title game in school history.

For the National Championship game, it was a back and forth battle as Texas Tech and Virginia were desperate to win their school’s first ever national title. The game was tied at the end of regulation, which caused overtime and the Cavaliers dominated all assets in the game, outscoring the Red Raiders 17-9 in overtime to win the Cavaliers their first national championship. This was a come back year for Virginia as they rebounded from being the first No. 1 seed to ever lose to a sixteen seed in the tournament in 2018 to being national champions in 2019. Voted the Most Outstanding Player of the tournament was Cavalier guard Kyle Guy who had 24 points in the national title game.