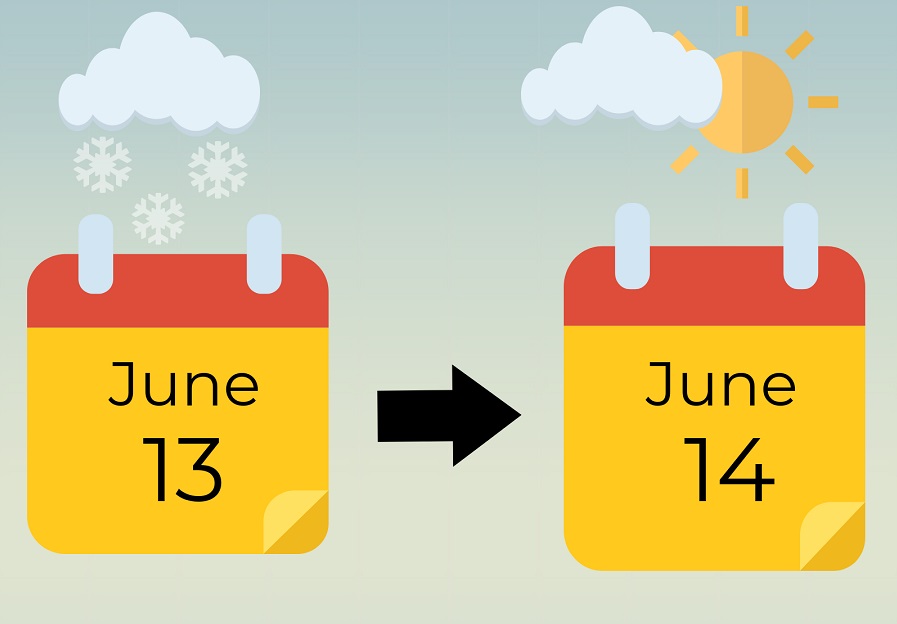 After a strong if inclement weather days caused by ice and snow, MCPS extended the school year from June 13 to June 14.

The last day of the 2018-19 MCPS school year has been moved to Friday, June 14 for students and Monday, June 17 for teachers due to recent weather emergencies caused by ice and snow, which prompted school closures.

MCPS has a total of 182 instructional days built into the school year, but because four days were taken off due to snow: Nov. 15, Jan. 14, Jan. 30 and Feb. 20, the school calendar must be extended by a day to meet Maryland’s minimum requirement of 180 days of instruction. June 5 is also being used as a make-up day, which was initially a professional day for teachers.

This extra day could disturb the summer agenda of students and teachers, and with the RHS class of 2019 graduating June 13, there already won’t be school for students, creating a lack of motivation.

“I think with this extension, it could intervene with the students who have things to do in the beginning of summer,” freshman Imani Wickramaratne said. “If students know they’re not going to do much in the last week of school, they’re probably just not going to come.”

Although MCPS has only added one day to the end of the school year, by using June 5 as a make-up day, teachers will have less time to catch up with grading.

“I think it’s useful that the county is using [the professional] day so that they don’t need to keep adding on to the school year,” English teacher Sharon Lee said. “But it affects the teachers, because it’s not just free time that we get; we use that to do our grading, get them done, and without that [day], it’s harder to find time to finish all of our grading.”

If there are any more weather-related school closings, MCPS will continue to use make-up days; with April 16 and April 17 next in line, cutting into an already shortened spring break if needed. However, to avoid shortening spring break further, MCPS will consult with Montgomery County Education Association and other organizations to possibly extend the calendar after June 15, according to MCPS News.