Pesticides in Dab Pens Cause Death in Teens 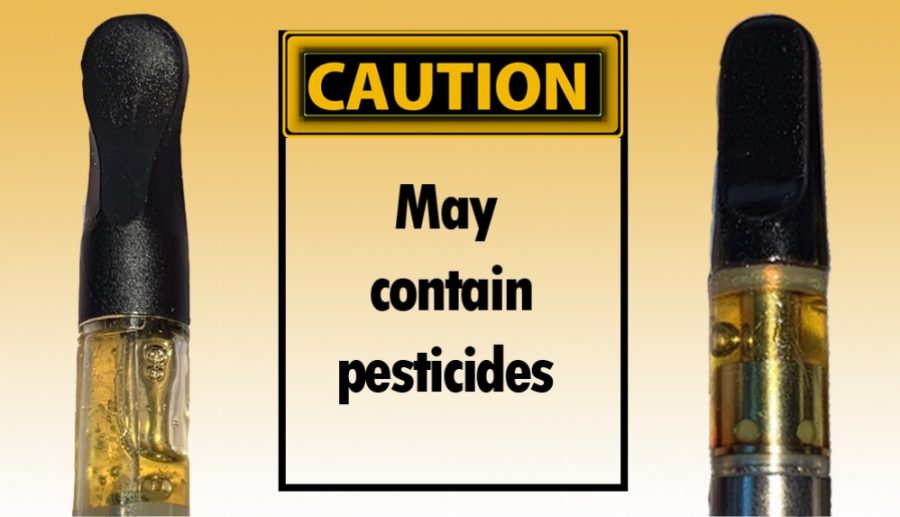 Dab Pens, Weed Vapes and Dabber’s Pen: all names for the popular tetrahydrocannabinol (THC) pens on the rise among consumers—including teenagers—across the nation who are now using these devices as a more discreet way of getting high compared to smoking cannabis. Along with the rise in teen dabbing, there has also been a recent increase in teenage hospitalizations due to unknowingly dabbing from pesticide or chemical-filled dab pens, causing health officials to worry.

“I am aware of one particularly relevant survey though, done recently, with high school students in which 41 percent reported only smoking, another 10 percent reported smoking and dabbing and 9.8 percent reported smoking and ingesting. Only about 10 percent used a combination of modes that did not include smoking. Dabbing appears to be more popular among those who are seeking to experiment with new forms of delivery,” health scientist for the National Institute on Drug Abuse (NIDA) Dr. Ruben Baler told the Rampage.

Dab pens give users the ability to get high without having to smoke the marijuana herb. They contain cartridges supposed to be filled with marijuana wax, better known as Butane Hash Oil (BHO), honey oil, budder or shatter — but the danger stems from the fact that there is no way of knowing what the cartridge has actually been filled with.

Despite not knowing what is actually in the cartridge, dab pens are viewed as a quick and easy way of getting high, an anonymous RHS senior boy said.

“I use my dab pen every day. It gives me a relaxing feeling and helps me get through the day and not have to worry about things on my mind. It is also so easy and does not smell at all. It is like a portable high you can keep in your pocket and use whenever you would like,” he said.

Despite the supposed pleasant feelings from the drug, dabbing is also known to cause serious health risks such as seizures, high blood pressure, twitches and jerks of extremities, paranoia, confusion, agitation, mild fever, tachycardia (up to 110 beats per minute), hypertension (up to 170/90 mm Hg) and photophobia, Baler said.

“Dabs that are homemade or obtained from an unreliable source may be prone to containing residual solvent, like Butane, and also pesticides or other contaminants. One published analysis of 57 samples of cannabis concentrates for contaminants found that over 80 percent of the samples were contaminated by solvents or pesticides to some degree,” Baler said.

Why somebody would fill these cartridges with poison is unknown. However, the suspected reason is for the seller to meet the required weight of the THC cartridge for the consumers’ demand, as well as to distribute and make a profit. For example, the THC in a cartridge may have been short .1 of a gram so the seller fills in the missing tenth of a gram with poison or pesticides as filler which is harmful to the human body. The danger is that the consumer is unaware of exactly what is in the cartridge.

There are many different companies who legally make and distribute unlaced cartridges. However, it is suspected that average consumers and users are the people guilty of filling these cartridges with poison as stated in articles published by Rolling Stone as well as International High Life. Online stores can be used to purchase these cartridges, fill them and then resell them from the same box as major companies like “Exotic Carts,” “Honeycomb Carts,” “Brass Knuckles” or  “Mario Carts.”

A vape cartridge customer filed a consumer class action suit in the Los Angeles Superior Court May 2018 against the cannabis brand “Brass Knuckles” for apparent pesticides in dab cartridges. The company is the industry leader in extracted cannabis oil products.

The industry as a whole is taking action to inform their consumers of how they can tell whether their cartridge is real or fake. With the rise of health issues due to these products, the industry wants their consumers to have an enjoyable experience using their products, according to an article published online March 1 by Leafly.

If users are not educated on the possible consequences of dab pens, consumers may suffer damaging and/or permanent effects to their bodies.

People in the area have suffered serious trauma from the effects of these pesticides in the cartridges, senior Esteban Bonilla said.

“A very good friend of mine is currently brain dead because she has been smoking dab pen cartridges with pesticides in it. This pretty much ruined her life and is really sad to me and all of my friends,” Bonilla said. “My friends were very scared about dab cartridges and decided to stop using these to not end up brain dead or in a hospital.”