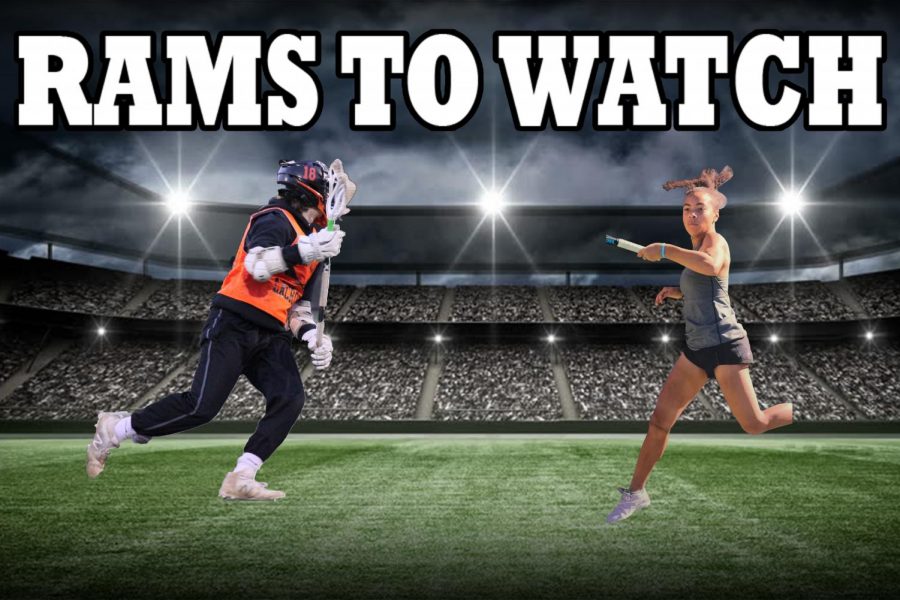 With spring sports beginning amid a stubbornly long winter season of cold weather, senior varsity lacrosse captain Jonathan Brake looks to turn up the heat as he enters his fourth and final season with the RHS lacrosse program.

Brake will be in the starting lineup for his second season, and he will be building off his previous season in which he led the team with 37 total points (combined goals and assists) and boasted a 64 faceoff percentage. Brake played midfielder and was the secondary faceoff man behind Alex Reynolds (‘18). Now that Reynolds has graduated, Brake will look to fill in for the man who had over 570 career faceoff wins.

“Last year [Jonathan] had Alex Reynolds to take a majority of those faceoffs. This year I’m hoping Jonathan’s percentage stays up and he’s gonna have the bulk of the faceoffs,” head varsity lacrosse coach Jesse Rutter said. “In terms of stamina, a lot of times faceoff guys just take faceoffs and come off the field but with Jonathan, he’s a complete player so he’s not coming off the field. He’s gonna have to take the majority of the faceoffs and play almost every play.”

Last season, the team went 7-5 in the regular season before losing to Magruder High School 10-8 in the first round of the playoffs. Brake didn’t play in the game due to a hip injury, and this season he wants to help make sure they don’t end their season early.

“As a leader this season, I need to make sure everyone is working hard at practice, and keep us on task. On the field a lot of the other guys will look to me for guidance on what to do when things aren’t going great,” Brake said.

Over his career at RHS, Brake has developed into one of the consistent shooters on the team, increasing his number of goals scored every year and scoring 22 goals last season. His teammates also have confidence in him to take the team to the next level this season.

“Jonathan is really vocal and pushes the whole team to get better, he also does a great job helping all the younger kids learn our offense,” senior midfielder Ryan Kelly said. “This season we just want to win as many games as we can and try to leave the program in as good of shape as possible, and Jonathan will help us make sure we do that.”

Off the field, Brake’s hobbies include hanging out with friends, playing video games like Call of Duty: Black Ops 4 and Apex Legends, and playing football or basketball.

“I have super high expectations for Jonathan on the field, and especially as a leader,” Rutter said. “My one regret from last season was not making Jonathan a captain, he was one of our most vocal guys in practice and I expect a lot from him this year.”

Freshman Sania Suchinsky is beginning the 2019 girls spring tennis season filling an important role as the top singles player on the RHS team, a position she earned before playing in her first high school match.

Suchinsky’s prominent role on the team comes from her success as a player, which has also earned her the No. 3 ranking in Maryland for the class of 2022 tennis recruits, according to the Tennis Recruiting Network. She attributes her success to her dedication to the sport and her constant drive to improve herself.

“I train at least five days a week. My schedule consists of three days a week of fitness and conditioning and one day a week of mental training,” Suchinsky said. “My practice sessions are usually three hours.”

As a player, Suchinsky sets herself apart with her competitive nature and determined mentality.

“I feel like I am willing to put in more time and work than my opponents so I can outwork them during a real match,” Suchinsky said.

For the past three years, she has played for tennis club Team DMV, but most of her competition is individual so she is looking forward to truly being part of a team with Rockville, she said.

She also wants to lead the team to victories this season and become one of the team’s main leaders. Despite being only a freshman, Suchinsky is viewed as a player who can help lead the team and build other players’ skills.

As she enters the season, Suchinsky’s focus is on winning and making herself known around the county, she said. She has already made a name for herself on the team by earning the number one spot, but she is after more, hoping to win all of her division matches and win key matches against upperclassmen.

“My goal for this season is to hopefully win the county championship and move onto states,” Suchinksy said. “There are a lot of great players in the county and a lot of tough competition so to be able to make a big run as a freshman would mean a lot.”

Her goals for the season may be challenging, but with all of the training she did before the season and continues to do along with the full confidence of her coaches and teammates, she is prepared to tackle them.

“I believe she will win all our division matches and even the division above us,” senior teammate Briana O’Neil said. “It won’t be easy for someone in the Division l schools but I do think she is capable of winning them all.”