Like it or Not Sports Fans, Tom Brady is Undeniably the Best 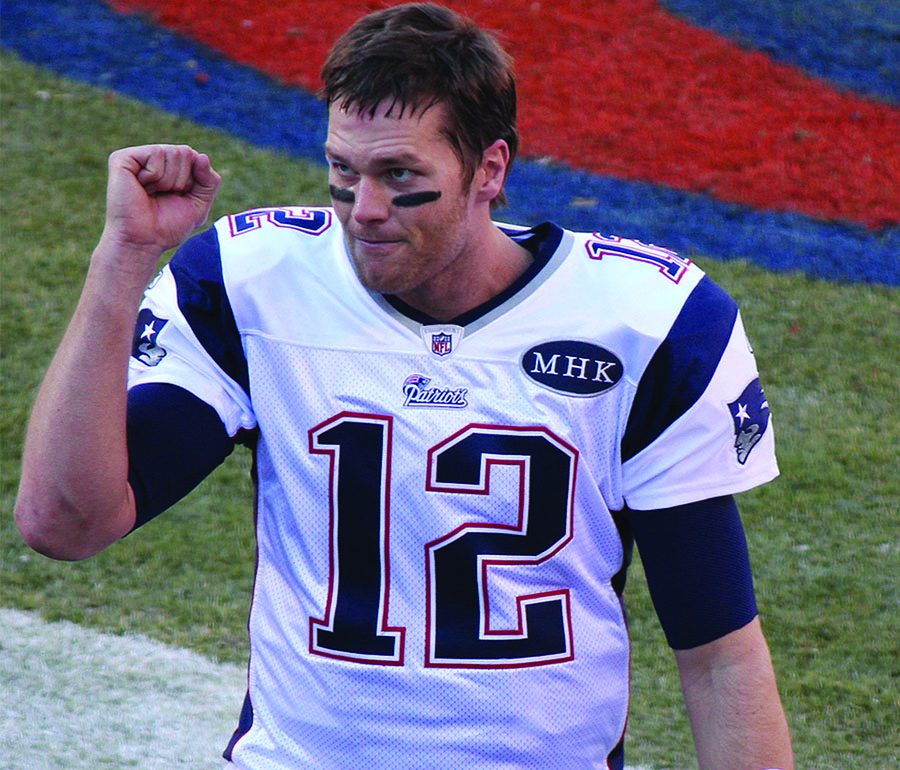 After winning another Super Bowl Championship, it is time for sports fans to admit that Tom Brady is the greatest of all time.

With Super Bowl 53 now history, and the New England Patriots champions once again, there is one truth that sports fans finally need to face: Tom Brady is the greatest NFL quarterback of all time.

Brady just surpassed former San Francisco 49ers linebacker Charles Haley to become the only player in NFL history with six rings. He already has the most regular season and playoff wins — 207 and 30, respectively — as well as the most passing yards, regular season and playoffs combined, of any quarterback (81,693). He is the only player in NFL history with nine Super Bowl appearances and 16 division titles,  And has never had a losing season in his 18 years as an NFL quarterback.

But these records aren’t what make Brady so great. Brady’s greatness stems from his hatred for losing and willingness to do whatever it takes to avoid the pain of a loss.

When he does experience a loss, Brady takes full responsibility. This is another aspect of his greatness: his leadership. He said in a November 2018 interview with ESPN Boston’s Mike Reiss that the utmost priority for any leader is to care deeply about what you’re doing and the people you’re doing it with.

That’s why Brady, who turned 41 in August, was seen attempting the Kodak Bop at training camp, a dance move running back James White had previously performed after a touchdown. That’s why every time a new player signs, Brady is the first one to know his name and say hello. He firmly believes in the importance of forming a connection with his teammates, regardless of age or stature.

Brady has experienced so much success in his career, and is still hungry for more. It’s the reason why great quarterbacks like Joe Montana, Johnny Unitas, Peyton Manning and Aaron Rodgers should no longer be in the discussion for greatest of all time.

Take former San Francisco 49ers quarterback, Joe Montana, for example. Montana’s career spanned 15 seasons, during which he won four Super Bowls and passed for over 46,000 yards. Many consider Montana to be the better quarterback because he never lost a Super Bowl, while Brady has lost three.

What they forget is that Brady has played in nine Super Bowls total, five more than Montana. And Brady has led teams with much less talent to the Super Bowl, while Montana had star wide receiver, Jerry Rice, to rely on in all but one of his wins.

Look at Brady’s top receivers throughout the years. Aside from Randy Moss and tight end Rob Gronkowski, none of Brady’s top receivers have had exceptional talent — Brady just makes them look good.  Wes Welker, Brady’s top receiver from 2007-2012, averaged about 80 yards per game as a Patriot. He led the league in receptions in 2007, 2009 and 2011. But when he was picked up by the Denver Broncos, and played under future hall-of-fame quarterback Peyton Manning, he only averaged 39 yards per season.

Now look at Green Bay Packers quarterback, Aaron Rodgers. The Packers went 6–9–1 this season, failing to make the playoffs for the second straight year. Many blame Rodger’s lack of post-season success on his teammates. They label him as “great” simply because of his regular season throwing records and history of Hail Mary completions.

But a quarterback is the face of a franchise, and is supposed to be a leader. Many of Rodger’s ex-teammates have commented on his “leadership style” throughout the years, including tight end Jermichael Finley, who flat out said Rodgers “wasn’t put on Earth to lead” in a November 2016 interview with Bleacher Report.

This is why Brady is better than Montana and Rodgers — and all other quarterbacks. No matter how weak his team appears to be, he never loses confidence. He continues to push his teammates to be better and move past a bad play or missed call, focusing instead on what’s directly in front of them.

So, hate him all you want. But don’t deny the truth any longer: Tom Brady is the GOAT.