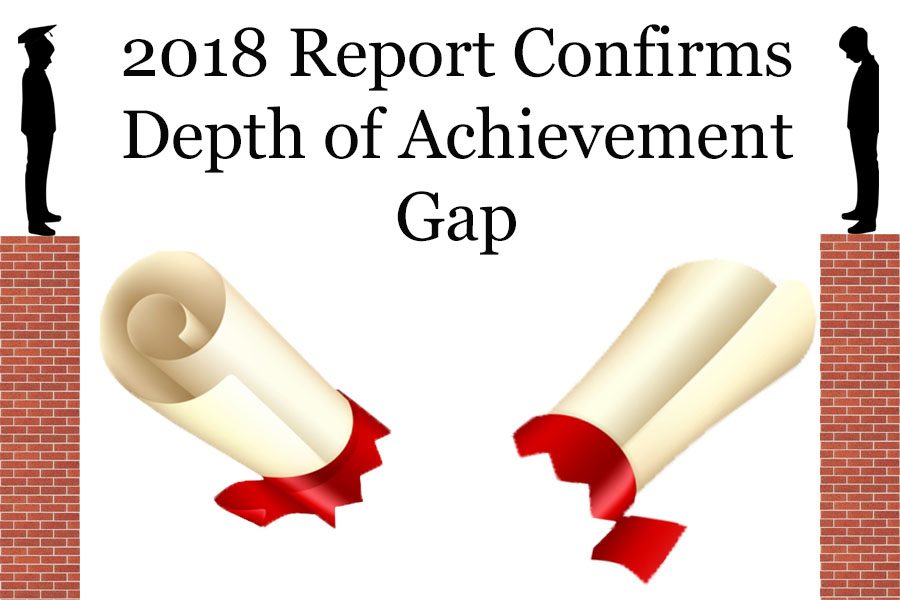 The University of Maryland report coupled with the recent state report card further confirm that proficiency levels for Latinos in English and math are low, both around 30 percent.

Despite being the fastest growing demographic and largest racial group in Montgomery County, Hispanic and Latino students continue to struggle academically in MCPS as the achievement gap widens, according to a Nov. 8 report.

The report by the University of Maryland (UMD) School of Public Health reveals how Hispanic and Latino students are continuing to lag behind in school, creating a prevalent racial divide in academic achievement in MCPS.

The study details that a growing number of Latino students are lacking reading skills and college readiness while also being unprepared for primary education, according to a Nov. 15 Washington Post article.

The Maryland State Department of Education’s (MSDE) 2018 report card released Dec. 4 further highlights the staggering differences in English and math proficiency. Only 29.2 percent of Hispanic or Latino high schoolers are considered proficient in math compared to 76.4 percent of White high schoolers and 82 percent of Asian high schoolers. Hispanic and Latino students exhibit the lowest overall proficiency in math and English language arts of all ethnic and racial groups in elementary, middle and high schools and have the lowest median household income in Montgomery County.

“It is [Hispanic achievement gap] an issue that we struggle with as a school, as a school system and as a nation,” principal Billie-Jean Bensen said.

In addressing these academic discrepancies, MCPS and RHS are trying to lower class sizes and create more efficient ways of tracking student data electronically for teachers and administration.

“The system has also provided us with some new data tools; Unify, Performance Matters, it’s been called either, [which is] a big program that has every student in there and how we can follow them with data and names and pictures,” Bensen said. “So we’re constantly getting to know students so that we can touch base on who hasn’t passed the PARCC, who needs to be, so students who might have been invisible, we’re making them very visible as part of our school.”

MCPS has also recently partnered with Sprint to provide tablets with 3G to students and families who do not have internet access. Only some high schools were given access to participate, and RHS was one of them. Several tablets have already been given out and results show improvement in student access to work and homework, Bensen said.

RHS also plans on using data from the Equal Opportunity Survey (EOS) released Oct. 24 to find students who should or could be enrolled in higher-level classes as well as to determine whether all students have equal access to school resources. Programs such as Achieving Collegiate Excellence and Success (ACES) which is a collaboration between Montgomery College and MCPS, aims to educate and provide resources to mainly Hispanic and Latino students who are first generation potential college students.

There are many factors when considering low Hispanic and Latino achievement such as poverty, limited English proficiency and lack of educational support and high expectations.

“Research has demonstrated that having hopeful and positive expectations for one’s future is related to the positive development of a range of important social-emotional outcomes including self-regulation, self-efficacy, and good relationships. However, Latino students may have fewer of these positive expectations than other groups of students,” according to the UMD study.

Meanwhile, RHS teachers, counselors, department heads and administration continue to hold frequent meetings to check on student progress and ensure as many students as possible are achieving at a higher level despite there being more work to be done.

“Having them [students] coming to school, having them find a trusted adult, somebody that they know, believe cares about them, finding a purpose and believing in the purpose of going to school and having a high school diploma is going to be an open door and a ticket to going much farther and getting ahead,” Bensen said. “While that doesn’t mean that you have to go a four-year college [as] there are lots of options out there, and everybody can be successful, and get a high school diploma.”