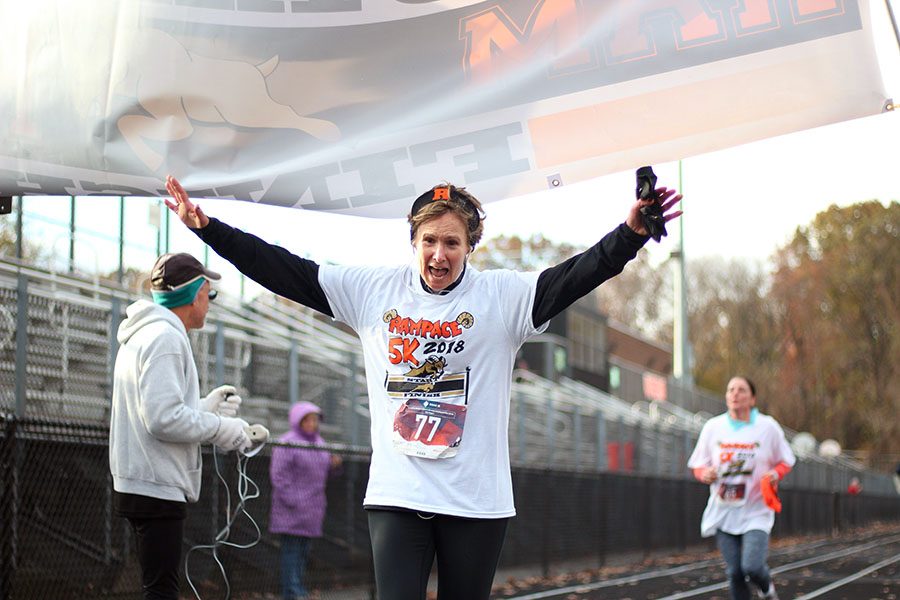 Community members, students, staff and a group of elementary school students gathered for the 11th annual Rampace 5k, the sole fundraiser for the Rampage, Nov. 17 on the track on a clear, cold morning.  Joining the mix of runners, walkers and members of the cross country team were first time Rampace runners, the football team,  basketball team and a run club, the Hero Boys with students from Belmont and Thurgood Marshall Elementary schools.

The 5k race followed its same course from the track up Old Baltimore Road to the Rockville Civic center and back. Out of over 275 registrants, recent college graduate Rollen Bresson finished in first place with the time of 16:24.

“It was a good race. I was injured the last couple of years with hernia problems and I am finally getting back into competitive running,” Bresson said.

This year brought in more of an age range for the runners as local run club, the Hero Boys, added about 35 children between fourth and sixth grade and their 35 mentor adults.  Hero Boys teaches young boys to run, challenge themselves, and to discover inner strength to lead and help others, according to the Hero Boys website.

“Rampace was a great start race for them [hero boys]. Their goals were individually set. Some of them decided that they were going to run their first 5k which is great,” Hero Boys coach Terry Collison said. “The program is all about setting goals and being leaders.”