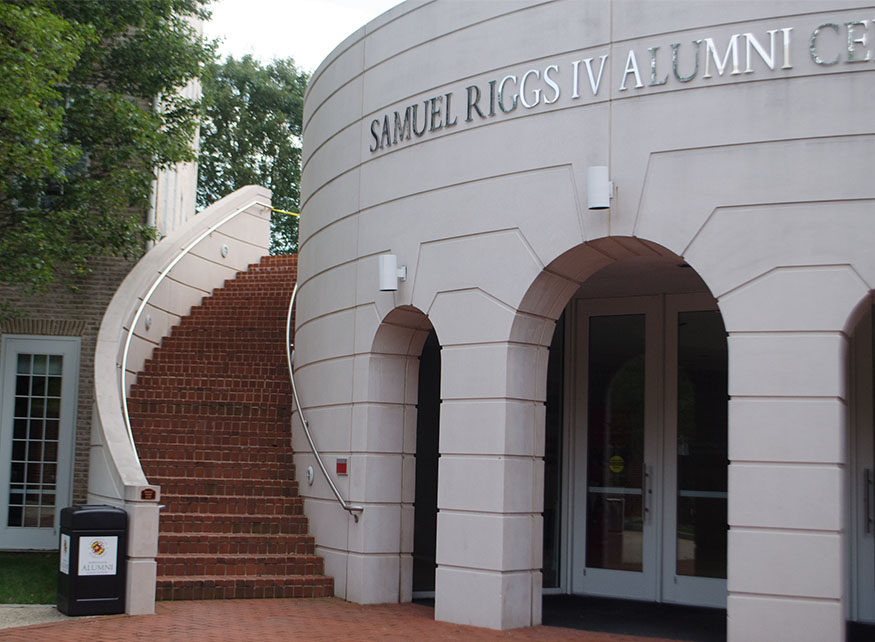 This year's prom is being held in the Samuel Riggs IV Center. For the past 11 years it was held on the Spirit of Baltimore boat.

A major change is coming to prom for the first time in 11 years, as seniors will celebrate at University of Maryland’s Samuel Riggs Alumni Center May 17, 2019 rather than on the Spirit of Baltimore boat. The after-prom party location has also changed and will be held at the Bauer Community Center next to Wood Middle School.

Members of the Student Government Association (SGA) and senior class advisor, Raymond Trail, began looking for alternative locations for prom last year after complaints of bad experiences on the boat in previous years.

“We had heard so many bad reviews of the boat,” SGA treasurer Emily Weerasinghe said. “All of those factors pushed us to change the venue solely because we wanted to have a good prom since it’s our last hooray of high school.”

Some of these bad reviews were because of a history of poor weather on the boat. Last year, the night of prom was accompanied by rain, which forced students to stay inside of the boat for much of the night.

“When the weather isn’t good you can’t take advantage of going outside on the boat, which for some people was the best part,” Trail said.

Students also expressed concerns about traveling so far–the boat set sail in Baltimore harbor–which stopped some students from attending prom unless they took the bus. The boat location also made it challenging for students to make plans after prom was over.

The brainstorming of possible locations began in May of last school year, and SGA members presented multiple ideas to principal Billie-Jean Bensen. The decision was announced via the class of 2019’s SGA RHS Instagram story July 27.

Other possible locations considered were The Fillmore in Silver Spring and the Baltimore Aquarium, but it was ultimately decided that the Riggs Center would be the best option. Tickets this year should be around $50 to $60–a major decrease from previous years when tickets were $90 Trail said.

“University of Maryland has a nice ballroom that can be set up in many different ways. They are flexible with what we want to do and it was very affordable as opposed to trying to rent a ballroom at a hotel,” Trail said.

Many students are expressing curiosity as to whether the change of location will provide for a better prom this year.

“I went to prom last year on the boat and it was a lot smaller and more crowded than I thought it would be,” senior Ahtziri Portillo said. “Hopefully, the Riggs Center will give us more space to dance and have fun.”