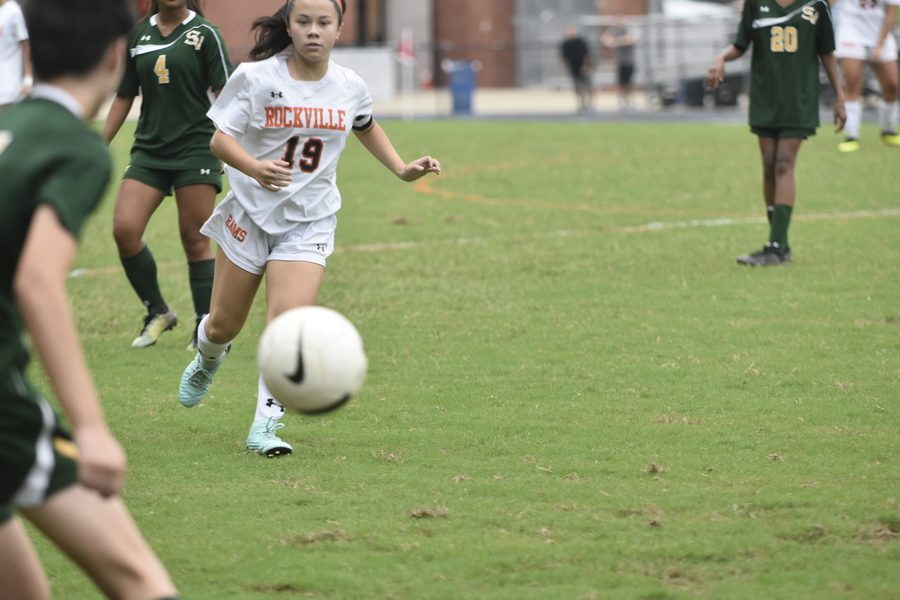 Girls varsity soccer has a young roster this year with eight freshmen and one earning a captain position, altering the usual structure of a varsity team.

Despite having many more younger players than in previous years, the team has made up for a lack of high school experience with motivated young players, some of which have stepped into leadership roles.

“When I came to high school, soccer was the main thing I looked forward to,” freshman captain Kaitlyn McMahon said. “It’s such an honor to be a part of the team.”

To help balance the loss of seniors and increase in freshmen, the coaches decided to modify the team structure. Instead of electing two experienced captains similar to previous years, three were elected to represent the grades of players on the team. This meant that there would be one senior captain, one for both sophomores and juniors, and one freshman.

“The reason we decided on having three team captains this season was so we could implement weekly meetings with them and check on the rest of the team,” head coach Isabel Chang said. “Each captain is responsible for checking up with the rest of their teammates in their class.”

The team chose a voting system to determine the various captains.

“We had the girls vote for who they thought would be the best leaders in each class. We wanted them to pick someone who they each trusted, sets a good example, is vocal, positive and hardworking,” Chang said.

The captains elected for the team this season were senior Charlotte Davis, junior Monica Blassou and freshman Kaitlyn McMahon.

“The team is really close, so it’s easy to bond with the upperclassmen, and they’re really supportive of us,” McMahon said.

It isn’t just new players that feel the support of a freshman captain, some upperclassmen feel that the change in team composition helped their overall performance.

“The addition of so many underclassmen is a good change,” junior Grayson McCord said. “We get along great, so I think it’s helped team coherence.”