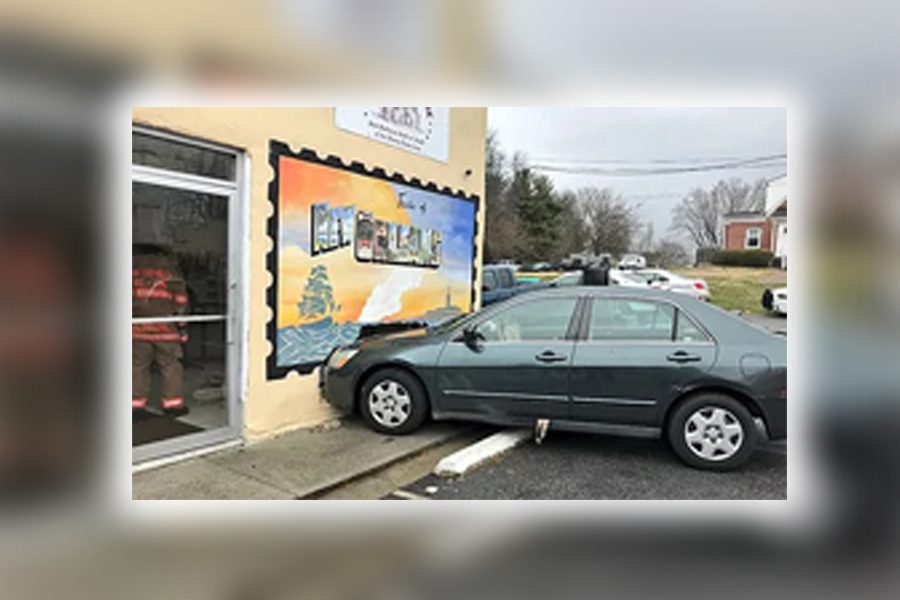 The aftermath of a car driving through a wall of Taste of New Orleans restaurant in Darnestown, MD.

While stores are typically heavy with foot traffic from shoppers, it is not every day a shopper expects actual car traffic to come driving through the store window. On six separate occasions from March 26 to April 24, a car has driven into a retail store in Montgomery County.

The first instance was at a Chipotle in Germantown March 26. Other locations include Taste of New Orleans in Darnestown, Richey & Co. Shoes in Rockville, Express Pharmacy in Gaithersburg, Sunoco gas station in Silver Spring and Emerald Financial Group in Clarksburg.

As a result of the Chipotle crash where a pest control truck drove into the storefront, two adults were hospitalized with non-life-threatening injuries. There were no customers inside Chipotle at the time of the 7:35 a.m. crash, a March 26 Germantown Patch article reported.

Likewise, the March 28 crash at 2 p.m. at Taste of New Orleans restaurant in Darnestown left the driver and passenger of the involved car hospitalized with non-life-threatening injuries, according to a March 29 Germantown Pulse article.

Although he was not present at the time of the crash, owner of Taste of New Orleans, Ashfaq Shah, said that upon hearing the news of the accident he was shocked.

“My initial reaction was just ‘oh my God,’ I rushed there to make sure no one was hurt,” Shah said.

And, a similar situation occurred at Richey & Co. Shoes in Rockville March 31. After a car drove through the glass storefront, the two passengers of the car were left with minor injuries. Bethesda Magazine reported April 2 that there were two employees and a customer in the store at the time of the 6 p.m. crash, but both employees were unharmed.

At the other three scenes, no passengers of the car, employees and customers of the store, or bystanders were harmed. These crashes have only been causing real damage to the store properties and their business hours. The collisions have kept the affected stores from opening for up to five days.

In three of the collisions the driver at fault was over 67 years old and in the remaining three the driver was 23 years old or younger. Age is certainly a factor, Acting Director of the Montgomery County traffic division Lt. Nancy Hudson said. Younger drivers have less experience and older drivers tend to get confused more easily, she added.

In all six of the incidents, pedal confusion or forgetting to apply the brake was the root of the accident. None of the involved drivers were under the influence or distracted while driving.

After becoming aware of the frequency of these crashes,  RHS student drivers have realized the importance of being alert when driving.

“I will make an effort to be more aware of my surroundings when I am driving,” junior Barrie Pasternak said. “I think drivers should be more conscious of how their actions will affect people. If you’re paying attention when you’re driving, you’re not just going to drive into a building.”