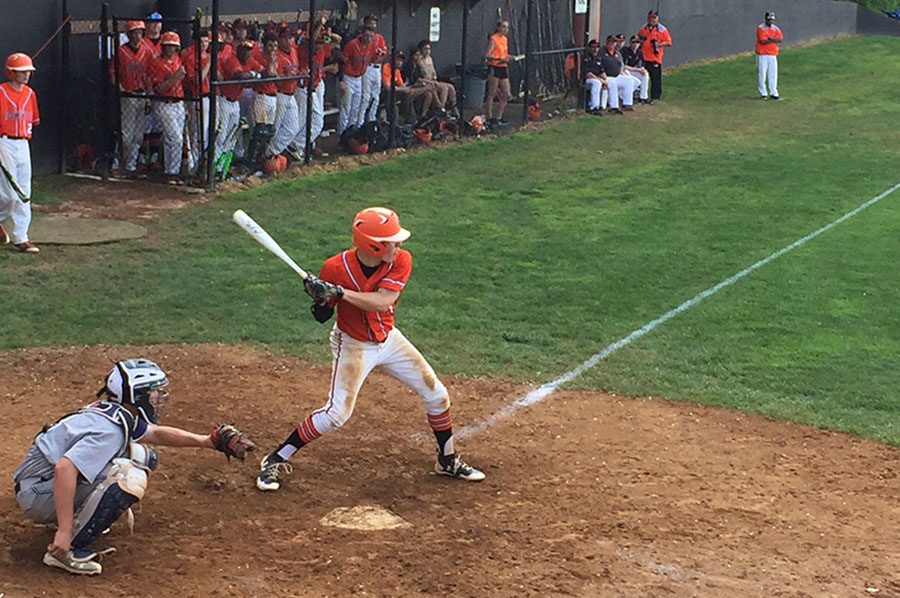 Junior Matt McTighe winds up to swing at incoming pitch during the sectional finals. McTighe was the starting pitcher for RHS, lasting three innings.

Boys varsity baseball ended their season with a close 6-4 loss to the Manchester Valley HS Mavericks from Carroll County in the sectional finals May 15 at home.

This was the third consecutive year that the Rams appeared in the sectional finals game.

“Great season. We did really well. [I] couldn’t be more proud,” junior catcher Manoli Athanasakis said. “Our strengths was our pitching.”

The Rams opened the game scoring first with a 2-0 lead. The Mavericks responded quickly to make it 4-2.  The Rams tied the game 4-4 forcing the game into extra innings.

Seniors William Wheeler and Michael Pankowski and junior Colin Gabele all contributed to the Ram’s runs batted in (RBIs).

In the eighth inning the Mavericks broke the tie with two runs on a deep center-field hit, making the final score 6-4. The loss marked the end of a successful season for the team; they went 15-3 during the regular season and were division 2A/3A champions for the first time in 25 years.

As for next year, the boys look to repeat their success and build upon it.