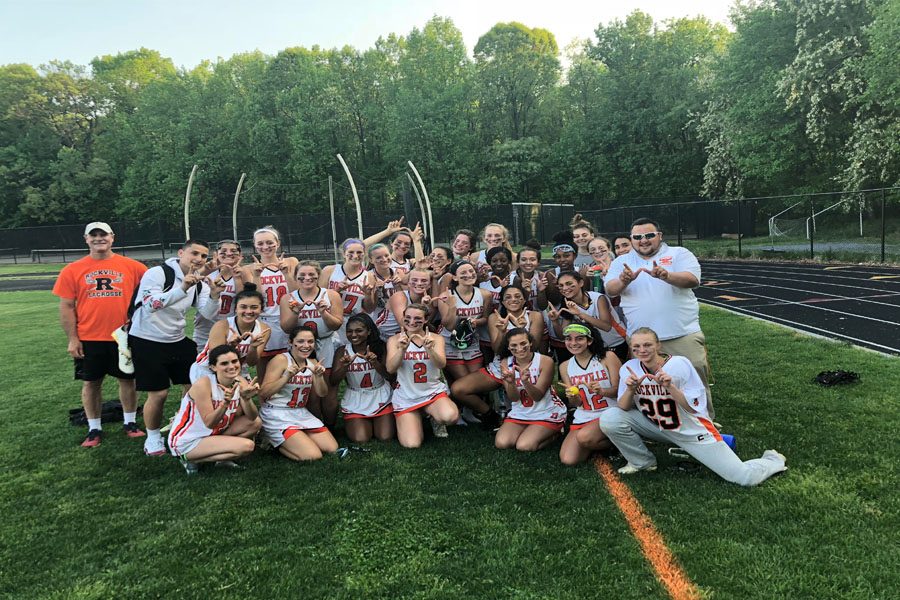 Girls varsity lacrosse poses following their victory over the Magruder Colonels. They fell to the Westminster Owls May 14 ending their playoff run.

Girls Varsity Lacrosse (10-3) defeated the Magruder Colonels (8-5) 12-8 at home May 11, to advance to the sectional finals for the first time under Coach William Morris.

The teams traded goals in the first half until sophomore attack Colleen Barrett scored a hat trick (three goals) to give the Rams a 5-3 lead at the half.

The Colonels closed the gap in the second half, bringing the score to an 8-8 tie. Freshman midfielder Paige Krawczel scored the final 4 goals, to clinch the game for RHS.

Update: Girls varsity lacrosse fell to the Westminster Owls in the sectional finals 18-0 May 14 ending their season with a 10-4 record.