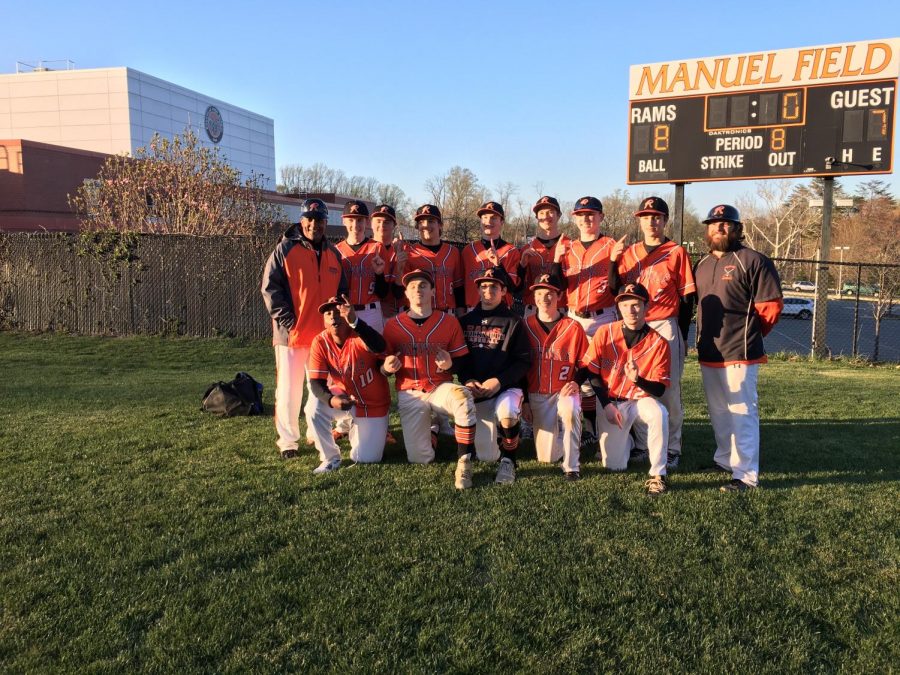 Boys varsity baseball (10-1) clinched their first division title in 25 years by rallying from behind for a victory over the defending state champions, the Poolesville Falcons, Friday April 20.

The Rams trailed the Falcons 3-7 in the bottom of the seventh before the Rams rallied through quick outs and strong at-bats. Freshman shortstop Lucas Ribaudo delivered the game winning walk off single to bring senior outfielder Andrew Axelson home. This win gives the Baseball program its first division title since 1993.

The Rams continued their win streak with consecutive wins over Paint Branch 7-5 and Northwood 25-1. They travel to Sherwood to take on the Warriors Thursday, April 26.