Students Walk Out, Protest in D.C. 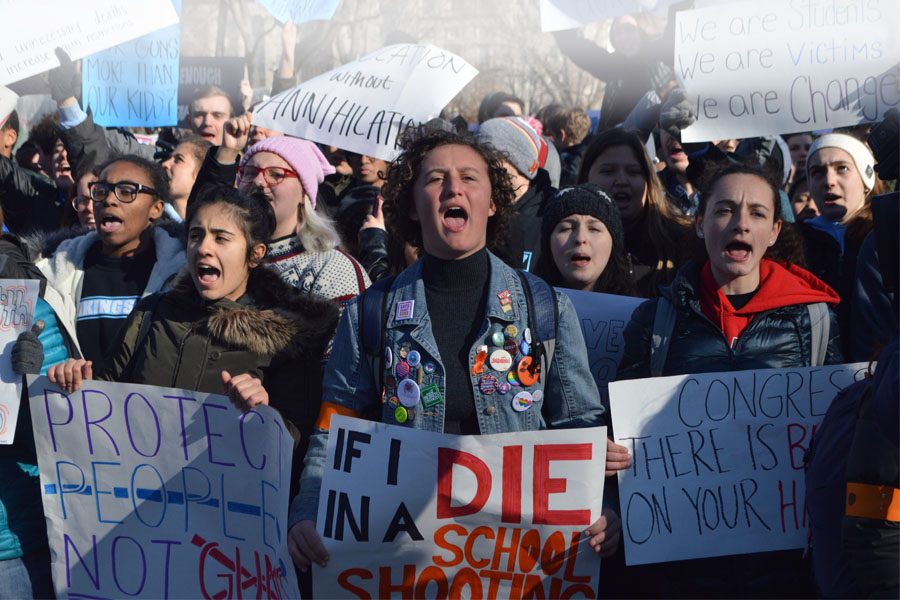 Students marched through the streets yelling chants such as “This is what democracy looks like” and “Hey hey, ho ho, gun violence has got to go” When they arrived at the capitol, different members of Congress, such as Nancy Pelosi and Bernie Sanders, spoke to the students.

Schools across the country not within a metro ride from the White House participated in the protests in different ways. Students at MSD gathered on the football field in order to protest. The Women’s March Youth Empower organization helped to organize the walkout, and encouraged teenagers to register to vote.

However, due to safety concerns, many schools across the country did not support students walking out of class and threatened disciplinary measures like suspension. At RHS students who did not walk out were able to walk down to the gym at 10 a.m. in order to participate in the 17 minutes of silence, while those who chose to walk out received an unexcused absence for the day and were not able to participate in any extracurricular activities that day.

Junior Emma Mejia took the Metro to the March with her friends to promote stricter gun control. Mejia said that while she thought the absence should have been unexcused with a parent note, she also said that the unexcused absence was not a deterrent for her because the cause was worth it.

“For those people who are afraid for it, and the people’s whose parents are concerned for them to have an unexcused absence, it probably limited a bunch of people into not going, but for the people who are really motivated and that really care a lot about this cause– it doesn’t really matter to them,” junior Emma Mejia said.

Ultimately, many students recognized that it would not be possible to take away all civilian guns, and that the current goal was to have stricter gun control policies, including a ban on stocks, and more comprehensive background checks.

“I hope that we get stricter gun control laws, and we people should not be allowed to buy assault rifles– that’s ridiculous,” junior Claire Myers said.