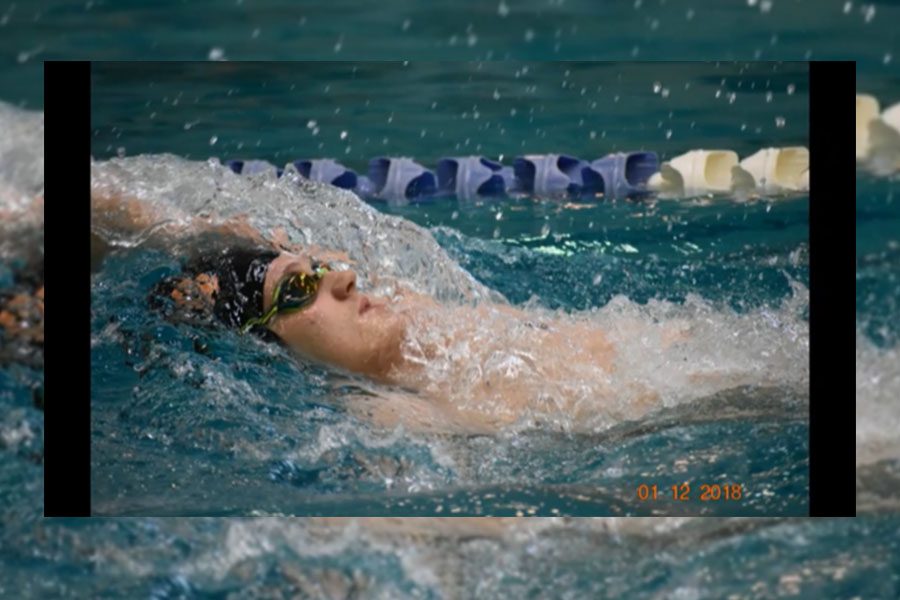 Junior swimmer Nate Watts finished his third season on the RHS Swim and Dive team with an array of state titles, including winning the 500 freestyle while also being named high point for the team.

This year the RHS Swim and Dive team moved up from the 3A/2A/1A conference to the 3A/4A conference, which increased competition to qualify for and place at states. Despite this, Watts was still able to continue his success from previous years; besides winning the 500 freestyle, he came in 10th for the 100 backstroke and helped RHS place ninth in the 200 medley relay and 16th in the 400 freestyle relay.

Watts was named the high point winner of the season on the team, meaning he won and contributed the most points from all meets out of all swimmers and divers.

“This season I didn’t have the exact final count but [coach] said it was at least 250 points and I was named the high point winner,” Watts said.

Watts has demonstrated similar success since the start of his high school swimming career when he won the state title in the 500 freestyle both as a freshman and sophomore and then again this year with a time of 4:37.70. Freshman year Watts also contributed to the RHS boys 200 medley and 400 freestyle relays, which both placed first at states.

Because of his ongoing and consistent success, RHS swim and dive coach Jim Castonguay selected Watts to be one of four captains for the 2018-2019 season.

“I was honored to find out that I had been named captain because our team is full of fantastic people, many of whom could have just as easily been named captain,” Watts said. “I know it wasn’t an easy decision for Jim [Castonguay] to make especially considering the level of leadership our team displayed this year and I was very excited to find out I could follow in the footsteps of all the great captains I have known since I got to Rockville.”

Watts looks to become undefeated in the 500 freestyle and capture another state title next year to cap off his lucrative high school career.